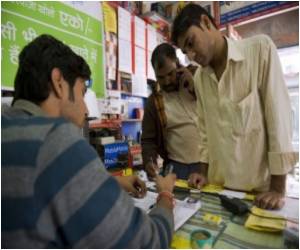 Witch-hunting is rapidly becoming an escalating problem in Assam, with six people violently killed in seven days and not a single arrest made, regret social activists.

Kokrajhar district has been the scene of 'extreme form of violence', as NGOs and women's groups describe it in their petition to the government to intervene quickly. Students have joined social activists to express their anxiety over this primitive handling of a problem. They are concerned that this practice would spread from the backward North-Eastern states, especially Assam, to other states where similar factors of illiteracy and poor healthcare exist.

An insight into the currently prevailing scenario pertaining to healthcare sector across India with special focus on the rural masses.
Advertisement

In the past, those who were accused of being witches were just exiled from their villages, but the situation became more brutal from the 1990s when villagers started to take the law into their hands and dealt with the 'witches', who were mostly women, by killing them. This horrendous practice became more rooted with the government's strangely passive reaction. In the last decade, 120 people have been killed for practicing witchcraft.


Those who have analyzed this problem have discovered that behind the so-called elimination of witchcraft, there is a deeper motive of greed for land, property and revenge. Usually the people branded as witches are removed as obstacles to some profiteering.

The British Medical Association has likened homoeopathy to witchcraft , and declared that the National Health Service should not pay for it.
Advertisement
Also, with the onset of monsoons, and the consequent deadly epidemics and no modern healthcare facilities, people look to quacks for treatment. These quacks carry on a flourishing trade, their position unthreatened, but when they fail, people take out their anger claiming that they have been deceived by witchcraft.

The government and the police force have not taken any intensive action, and it has been left to the All-Bodo Students' Union (ABSU), a union of tribal students to start an awareness campaign in the villages. It has had some success since 2004 in rehabilitating 45 people who had been banished from their villages earlier.

In the recent incident, women in Governance-Assam (WinG Assam) and 50 other organisations and individuals have demanded that the State Government intervene and take action against those who perpetrated the crime. Their memorandum has demanded that witch hunting be considered as a separate programme under the National Rural Health Mission (NRHM) and initiate a policy to eliminate this practice.  They are also asking the government to establish modern healthcare facilities so that people do not resort to primitive methods.

Witchcraft
News Archive
News Resource
Advertisement
News Category
Milestone In Voluntary Blood Donation Achieved Samsung Reinvents Toilet for the Poor Which is a Better Form of Exercise: Daily or Weekly? First Phase of Foot-and-Mouth Disease Vaccination Shocking News: Polio Cases Return After a Decade in the US
More News
Sign up for Wellness Consult a Doctor Sign up for Selfcare

Diaphragmatic Hernia Sanatogen Drug Side Effects Calculator How to Reduce School Bag Weight - Simple Tips Indian Medical Journals Find a Doctor Color Blindness Calculator Accident and Trauma Care Turmeric Powder - Health Benefits, Uses & Side Effects Sinopril (2mg) (Lacidipine)
This site uses cookies to deliver our services. By using our site, you acknowledge that you have read and understand our Cookie Policy, Privacy Policy, and our Terms of Use