Wikipedia Should be Integrated into Teaching 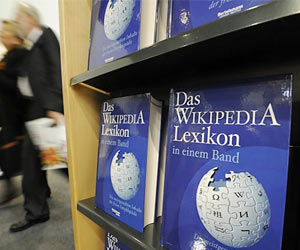 Using Wikipedia in academics is now an embedded feature, and so universities must do more to help them to utilize the user-generated encyclopedia, reveals a new study.

The Australia-UK collaboration led by Professor Neil Selwyn from Monash University's Faculty of Education found that while Wikipedia was a popular background resource with students, it had not supplanted traditional sources of intellectual scholarship and authority.

The study of more than 1600 students found that while Wikipedia was used by seven in eight students, the world's sixth most visited website wasn't seen as the most useful education resource. Google and other internet search engines, library websites, learning management systems and Facebook all ranked higher. Most students used Wikipedia for background research.


The researchers suggested that given the important but relatively background role Wikipedia plays in student life, universities should continue to consider ways of better integrating Wikipedia into their accepted modes of teaching and learning provision.

People With Health Concerns Shouldn't Trust Wikipedia
Wikipedia contains errors in nine out of 10 of its health entries and people with health issues ......

Wikipedia can Help Track Flu Levels
A method of estimating levels of influenza-like illness in the American population has been ......

Popular Content in Wikipedia Pages in 2012
Facebook is the number one ranking file for top reads in 2012 on Wikipedia, the popular online ......