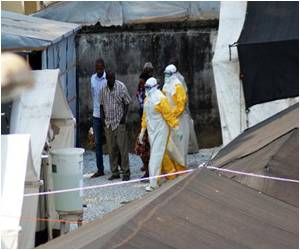 In West Africa, the death toll due to Ebola outbreak has risen to 660, reveals the World Health Organization.

WHO spokesman Paul Garwood said that the extent of what is the deadliest outbreak of Ebola on record was still emerging.

"This is a trend, an overall picture. It's hard to get an exact picture on the scale of the situation at the moment," he told reporters.


The UN health agency said 28 news deaths were recorded between July 18 and July 20. Thirteen were in Sierra Leone, 11 in Liberia and four in Guinea, which had previously borne the brunt.

That lifted the total number of laboratory-confirmed, probable or suspected cases of Ebola in the region to 1,093.

Although Guinea recorded the lowest number of new cases -- five -- it is still has the highest death toll.

In total, Guinea has seen 314 fatalities and 415 cases and since the outbreak began in January.

Sierra Leone's case-count has now overtaken Guinea's, however. It reported 12 new cases, taking its total to 454, with 219 deaths.

"We're providing additional support to hospitals and clinics, and we're seeing that many of these facilities simply don't have enough people to provide the constant level of care needed," said Garwood.

"We're working together with our partners to do our best on the ground to control the outbreak," he added.

Ebola is a form of haemorrhagic fever which can have a 90-percent fatality rate.

It is believed to be carried by animals hunted for meat, notably bats.

It spreads among humans via bodily fluids including sweat, meaning you can get sick from simply touching an infected person. With no vaccine, patients believed to have caught the virus must be isolated to prevent further contagion.

The WHO, local medical services and international charities have been working flat-out to discourage communities from continuing funeral rights that involve touching dead bodies.

Ebola first emerged in 1976 in what is now the Democratic Republic of Congo, and is named after a river there. 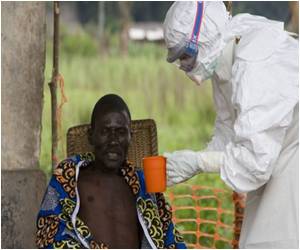 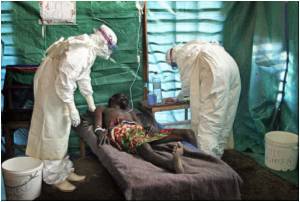 Ebola Toll in West Africa Hits 603
With 68 new fatalities, mostly in Sierra Leone and Liberia, the death toll in West Africa's Ebola outbreak has risen to 603, the WHO said on Tuesday.
READ MORE

Ebola Evidence Circulating in West Africa Since 2006
In Sierra Leone, analysis of clinical samples from suspected Lassa fever cases showed that about two-thirds of the patients had been exposed to other emerging diseases and nearly 9 percent tested positive for Ebola virus.
READ MORE