WHO: Risk of Epidemics in Tunisia 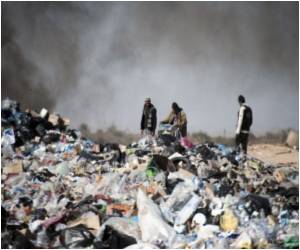 World Health Organization warns of danger of epidemics among the tens of thousands of people in southern Tunisia after the violence in Libya.

"There is not for the moment a humanitarian crisis in the proper sense of the term. But the risks of epidemics are real," a WHO assistant director general, Eric Laroche, told a news briefing.

EU's Humanitarian Aid Commissioner Kristalina Georgieva has said that the Red Crescent, which is the only humanitarian aid organisation currently on the ground in Libya, is already overstretched
Advertisement

"We have a concentration of several tens of thousands of people. There are all the ingredients for an epidemic explosion," Laroche said after a visit to the zone where refugees are camped.


He warned of "enormous overcrowding and a lack of hygienic conditions" and said "the pressing need is to have fewer and fewer people who are concentrated there."

Thirteen cases of bubonic plague have been recorded in eastern Libya; Health Minister Mohamad Hijazi told AFP, stressing the situation was under control.
Advertisement
"We need to repatriate them by plane and ship and to set up a system to monitor epidemics and provide early warning of contagious diseases."

Laroche praised the "incredible" solidarity of Tunisians with the refugees.

Three million dollars would be needed to cover the immediate requirements of the WHO in southern Tunisia, he said.

The health situation close to the border with Libya "can change from one day to the next," Laroche went on, warning of a large-scale catastrophe if the refugees were not rapidly repatriated.

Laroche announced that a WHO team was due in eastern Libya on Thursday to evaluate needs among the people in this part of the country, which is controlled by opponents of Libyan leader Moamer Kadhafi.

Humanitarian organizations and the international community raced against time on Wednesday to prevent chaos and help the tens of thousands of people in precarious conditions on Tunisia's border with Libya.

The European Commission decided to increase the amount of its emergency aid from three to 10 million euros.

Drug - Food Interactions Post-Nasal Drip Turmeric Powder - Health Benefits, Uses & Side Effects How to Reduce School Bag Weight - Simple Tips Diaphragmatic Hernia Drug Side Effects Calculator Find a Hospital Calculate Ideal Weight for Infants Iron Intake Calculator Blood - Sugar Chart
This site uses cookies to deliver our services. By using our site, you acknowledge that you have read and understand our Cookie Policy, Privacy Policy, and our Terms of Use

WHO: Risk of Epidemics in Tunisia Personalised Printable Document (PDF)