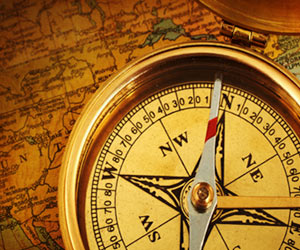 A tradition in Rome going back thousands of years is the time-honored practice of scribbling emotions on walls. In fact, even the word "graffiti" was first used for markings found in the ruins of Pompeii.

The modern version could be the scrawls seen in maternity wards in the Italian capital: "Get a move on, auntie's waiting!", "Chiara is born!", "Welcome little Mattia!".

Do you know why fruitcake is the most common Christmas gift or how the tradition of kissing under mistletoe came about?
Advertisement

From wealthy neighbourhoods in the city's north to working class suburbs in the south, Romans are not shy about scrawling on walls -- often with phrases in local dialect.


Anti-government satire, celebrations of football success and declarations of love -- poetic or crude -- can all be found alongside racist insults and fascist imagery.

While many countries call themselves mad for football, Germany's deeply troubled history has got its national team the status of redeemers of a people's pride
Advertisement
And that kind of variety is nothing new, according to epigraphist Angela Donati, an expert in ancient Roman inscriptions who teaches at the University of Bologna.

"Most of the messages on the streets of ancient Rome were adverts. But there were also odes to the glory of gladiators or boasts of supposed sexual exploits like the ones found on the walls of brothels," Donati told AFP.

"Unfortunately the examples of inscriptions discovered on ancient Roman walls are rare but we can suppose that what was true for Pompeii was true for Rome as well," she said.

Donati said that contrary to modern conceptions about Romans, the graffiti "reveal the high literacy at the time".

Modern-day graffiti can range from spray tags in the Prati neighbourhood to the veritable frescoes on Tiburtina Street and local residents are divided between some who see acts of vandalism and others who appreciate them as raw art.

Agostino Iacurci, a young street artist, said he went through a "tag" phase but now does "murals" -- often as part of the renovation of working class neighbourhoods.

"Before I couldn't care less about what people thought but now I like expressing myself and getting a reaction as a person and an artist. The street offers this type of judgement every time pedestrians walk by," he said.

A work of street art entitled "superpope" captured the imagination of Romans earlier this year -- a picture of popular Pope Francis in his white cassock as superman.

The artist, MauPal, said he sees street art as social.

"Urban art does not talk about itself or about the artist but about people, what surrounds it, what's in the news and what is aesthetic," he said.

That view is shared by the "Poeti der Trullo" -- a collective of young poets based in a poor suburb of the city who write their verses on the walls.

"Our aim is to respect Rome by giving it something more, without disfiguring it. Maybe we can get a smile or a tear from a passer-by," they said in a statement.

Rome's waste collection agency AMA said it is forced to clean up the mess -- with hundreds of interventions on a total of 700,000 square metres of walls, or twice the surface area of the Vatican.

"If you include the number of people and vehicles deployed and the cleaning products used to wash off the graffiti, the annual cost for cleaning is between 1.2 and 1.5 million euros," said Anselmo Ricci, head of the municipal police corps in charge of preserving Rome's historic centre.

It is a heavy cost for a city administration that in February announced a budget deficit of 816 million euros.

"It's not enough," said Massimiliano Tonelli, founder of the website Romafaschifo.com (Romeisdisgusting.com).

"The dirtier the walls, the more people are inclined to dirty them. It's the scratched car theory," he said.

Ricci is critical too but his reaction is more tempered.

"It is a serious violation but it's true that sometimes I see graffiti that make me smile. They show up the jolly character of Romans."

Source: AFP
Advertisement
<< Leading Lung Organizations in the World Favor Banning or Re...
Journalism Being Taken Over by Robots? >>