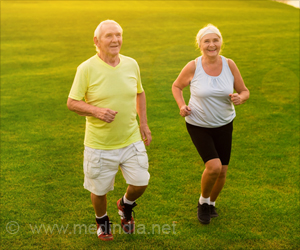 Older adults who have slower walking speeds and experienced a greater decline in their walking speed over time, were at increased risk for dementia, revealed study published in the Journal of the American Geriatrics Society.

As of 2015, nearly 47 million people around the world had dementia, a memory problem significant enough to affect your ability to carry out your usual tasks. The most common cause of dementia is Alzheimer's disease, but other forms exist, too. Because there's currently no cure for dementia, it's important to know about the risk factors that may lead to developing it. Recently, researchers from the United Kingdom teamed up to learn more about changes in walking speed, changes in the ability to think and make decisions, and dementia.

The researchers examined information collected from the English Longitudinal Study of Aging. The study included adults aged 60 and older who lived in England. In their study, the researchers used information collected from 2002 to 2015. They assessed participants' walking speed on two occasions in 2002-2003 and in 2004-2005, and whether or not the participants developed dementia after the tests from 2006-2015. Then, they compared the people who had developed dementia with those who had not. Researchers discovered that of the nearly 4,000 older adults they studied, those with a slower walking speed had a greater risk of developing dementia. And people who experienced a faster decline in walking speed over a two-year period were also at higher risk for dementia. People who had a poorer ability to think and make decisions when they entered the study--and those whose cognitive (thinking) abilities declined more quickly during the study--were also more likely to be diagnosed with dementia.


But, the researchers noted, changes in walking speed and changes in an older adult's ability to think and make decisions do not necessarily work together to affect the risk of developing dementia.

More News on:
Alzheimers Disease Body Types and Befitting Workouts Walking for Fitness and Weight Loss Walking As An Exercise Dementia Vascular Dementia Who Else Wants to Know How Walking Helps Heart and Brain? Surprising Health Benefits of Post-meal Walking

Loss of Muscle Strength and Mass Slows Down Walking Speed in Elderly
The decline in walking can lead to a less active lifestyle and can lower the 10-year survival rate ....

Why Do People With Dementia Approach Doctors Only After It's Too Late?
Older adults tend to live with dementia for significant periods of time before seeking diagnosis ......

Surprising Health Benefits of Post-meal Walking
Walking after a meal helps in the faster transit of food from the stomach into the small intestine a...

Vascular Dementia
Vascular dementia is the second most common form of dementia. Though it has no cure, you can still l...