Vitamin B may Assist in Halting the Decline of Brain Function 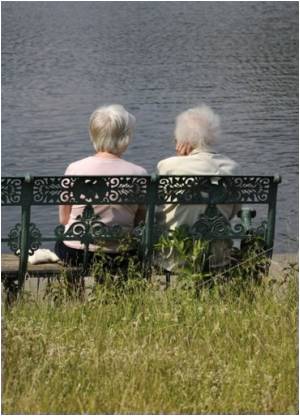 University of California-San Francisco researchers have looked at the part played by vitamins-B-6, B-12 and folate in preventing the decline in brain function.

The research is important because many studies of B vitamins and brain function have given inconsistent or conflicting results.

The study showed that in participants with lower levels of folate were associated with symptoms of dementia and poor brain function.

In research with vitamin B-12, the SALSA team determined that a protein known as holoTC, short for holotranscobalamin, might be key to a new approach for detecting cognitive decline earlier and more accurately.

Alzheimer''s disease is a progressive neurodegenerative disease affecting memory and thinking and making the person increasingly dependent on others.
Advertisement
<< Evolution Could Have Added to the Vulnerability to Diabetes...
Alzheimer's Drug is Both Safe and Effective, Study Shows >>

Cholinesterase inhibitors, that help victims of Alzheimer's disease can also assist in the management of behavioural and psychological symptoms of dementia, a new study has shown.

Drug Interaction Checker Accident and Trauma Care How to Reduce School Bag Weight - Simple Tips Drug - Food Interactions Vent Forte (Theophylline) Find a Hospital Find a Doctor Selfie Addiction Calculator Loram (2 mg) (Lorazepam) Turmeric Powder - Health Benefits, Uses & Side Effects
This site uses cookies to deliver our services.By using our site, you acknowledge that you have read and understand our Cookie Policy, Privacy Policy, and our Terms of Use  Ok, Got it. Close
×