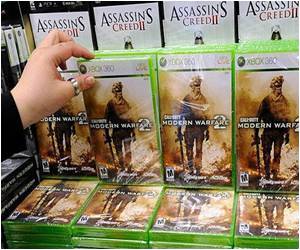 Critic of violent video games that glorify rape and murder was made by one of Australia's top police officers after a spate of high-profile knifings by young people.

Andrew Scipione, the police commissioner for the state of New South Wales, said the violence adolescents were exposed to via films and console games only needed to affect a small minority of disturbed people.

Video Games Prove to be Addictive for Impulsive Kids

"How can it not affect you if you're a young adolescent growing up in an era where to be violent is almost praiseworthy, where you engage in virtual crime on a daily basis," he told Sydney's Daily Telegraph.

The police commissioner said he was concerned that brutal games may encourage some people to re-enact the screen violence.
Advertisement
"That's not going to affect the vast majority but it's only got to affect one or two and what have you got?" he said.

"You've got some potentially really disturbed young person out there who's got access to weapons like knives or is good with the fist, can go out there and almost live that life now in the streets of modern Australia."

Scipione's comments came after three teenagers were stabbed in separate attacks in western Sydney in one week last month, which followed a 22-year-old apprentice chef being fatally knifed on July 8.

They came in the wake of an 18-year-old being fatally punched in Sydney's notorious Kings Cross area the same month, a crime that sent shockwaves through the city and put pressure on police to curb youth violence.

"The thing that's concerning me is the prevalence of people who are at this stage not just prepared to carry a knife, but prepared to use it," the police commissioner said.

"That has increased significantly."

Scipione has previously pointed the finger at Australia's love affair with alcohol and said it was a serious concern that young people were able to get drunk despite the legal drinking age being 18.

"They go and get plastered and then they want to fight the world," he said.

Drug - Food Interactions Drug Side Effects Calculator The Essence of Yoga Indian Medical Journals Calculate Ideal Weight for Infants Pregnancy Confirmation Calculator Find a Hospital Drug Interaction Checker Vent Forte (Theophylline) Selfie Addiction Calculator
This site uses cookies to deliver our services. By using our site, you acknowledge that you have read and understand our Cookie Policy, Privacy Policy, and our Terms of Use