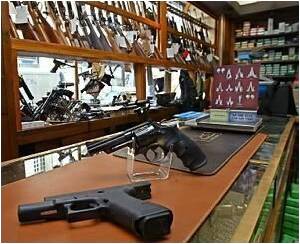 Researchers from The Johns Hopkins School of Medicine, USA, and the Aga Khan University in Pakistan reviewed nearly 26,000 patients with penetrating abdominal gunshot or stab injuries from the American College of Surgeons' National Trauma Data Bank.

They focused on patients aged 16 years plus who survived long enough to be admitted to one of the 378 level one or two trauma centres for at least 24 hours. Just over half of the 25,737 patients (51%) had stab wounds and the remainder had gunshot wounds.


The study found that just over 22% of the gunshot wounds were treated using selective non-operative management (SNOM), together with just under 34% of stab wounds. The remainder of the surviving patients received laparotomy surgery.

According to reports, within a structured trauma program, trauma patients are equally likely to survive if they are treated by a novice surgeon or by the experienced trauma director.
Advertisement
"SNOM rates for stab wounds increased by 50% between 2002 and 2008 and rates for gunshot injuries increased by 28%" says co-author Dr Adil H Haider, associate professor of surgery and co-director of the Center for Surgery, Trials and Outcomes Research at Johns Hopkins. "This correlated with a decrease in the number of non-therapeutic laparotomies (NTL).

"In most instances, failed SNOM was associated with increased death rates, underlining the importance of careful patient selection and protocols to reduce failure rates. However, it is important to point out that failure rates fell for both injuries during the seven-year study period and that successful SNOM was associated with shorter hospital stays."

Key findings of the study included:

"Our study looked at level one and two trauma centres that provide comprehensive round-the-clock emergency care and have the staff and facilities to provide close monitoring and emergency surgery" concludes Dr Haider.

"The results show that SNOM has a success rate of up to 80% in select patients, improved diagnostic imaging has made it easier to identify suitable patients and use of the technique has become more widespread. And they demonstrate that correctly selecting patients for non-operative management leads to shorter hospital stays, better outcomes and reduced pressure on healthcare budgets.

"However they also show that SNOM failure, which is most common in patients with severe injuries, those needing blood transfusions and those with spleen injuries, is independently associated with increased death rates and longer hospital stays."

Abdominal distension refers to the swelling of the abdomen. The distension is caused by either air (gas) or ...

Keloids are fibrous scars that extend beyond an original wound and are elevated from the skin ...