US Lawsuit Looms on Bayer Over Contraceptive 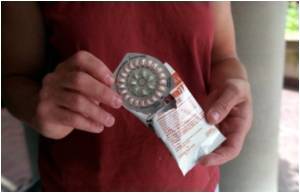 Bayer, the German pharma giant faces a US lawsuit on behalf of a teenager who died from a blood clot allegedly linked to its YAZ contraceptive.

Michelle Pfleger, an 18-year-old college student in North Carolina, died of cardiac arrest last September after taking YAZ, also known as Yasmin or Ocella, to treat acne, according to the complaint filed on Tuesday.

"One day she was a freshman at college so full of hope and promise and the next she was gone," Pfleger's mother, Joan Cummins said.


"I can only hope that by publicizing what happened to Michelle, I can keep another family from having to go through this."

The family's attorney, Wendy Fleishman called YAZ a "a dangerous prescription drug sold without adequate warnings about the risks of serious and fatal injuries."

A birth control patch is a new method of contraception for women for once weekly external application and contains both estrogen and progesterone.
Advertisement
"Bayer failed to warn doctors and patients that YAZ poses a greater risk of serious side effects than previous generations of oral contraceptives," she added.

Last month two studies in the British Medical Journal found that drugs like YAZ and Yasmin -- which contain the hormone drospirenone -- increase the risk of serious blood clots three-fold or two-fold compared to earlier-generation oral contraceptives.

Bayer criticized the results of the studies at the time, insisting that side effects were rare.

The official YAZ website says the drug is associated with "increased risks of several serious side effects, including blood clots, stroke, and heart attack."