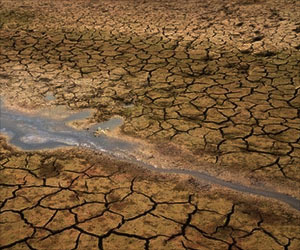 The United Nation's World Food Programme estimated that around 14 million people across southern Africa face hunger due to prolonged drought wrecked harvests, with Malawi among the worst hit countries.

A poor harvest last year has been followed by an even worse drought this year caused by the El Nino weather phenomenon, the WFP said in a statement warning that "the outlook is alarming".

Archbishop of Canterbury Calls for Eliminating Hunger in Britain

Launching a report on Monday, the Archbishop of Canterbury urged Britain's government to do more in eliminating hunger among people who struggle to afford food.
Advertisement
‘South Africa faces its worst drought in decades after 2015 was the driest year since 1904. The country could be forced to import up to 6 million tonnes of maize.’

"The number of people without enough food could rise significantly over coming months as the region moves deeper into the so-called lean season... when food and cash stocks become increasingly depleted," it said.


"Particularly vulnerable are smallholder farmers who account for most agricultural production."

Little rainfall in 2015 has left 2.8 million people in Malawi facing hunger, 1.9 million in Madagascar and 1.5 million in Zimbabwe, where last year's harvest was half of the previous year.

In today's scenario, only 12.9% are hungry compared to 23.3% of the population in developing regions a quarter century ago, reveals a UN report.
Advertisement
The WFP said food prices were rising across the region, with the cost of maize in Malawi 73 percent higher than average.

Last week, South Africa said it would have to import half its average maize crop after 2015 was declared the driest year in the country for 112 years.

Sparked by warming in sea surface temperatures in the equatorial Pacific, El Nino periodically wreaks havoc on world weather patterns, causing drought in some parts and floods in others.

Researcher Says Alleviating Hunger in the US Is a SNAP

The cornerstone of our efforts to alleviate food insecurity should be to encourage more people to participate in the Supplemental Nutrition Assistance Program (SNAP) because it works.
Advertisement
<< Rats Pose Health Threats To Humans And Poultry
Control Air Pollution in Patna: Environment Body to Governm... >>

Number of Hungry People Around the World Drops Below 800 Million, Reports UN Agency

The improvement in food security was all the more striking given the world's population has grown by 1.9 billion since 1990, meaning many more mouths to feed.

Nervous Tic
News Archive
News Resource
Advertisement
News Category
Milestone In Voluntary Blood Donation Achieved Samsung Reinvents Toilet for the Poor Which is a Better Form of Exercise: Daily or Weekly? First Phase of Foot-and-Mouth Disease Vaccination Shocking News: Polio Cases Return After a Decade in the US
More News
Sign up for Wellness Consult a Doctor Sign up for Selfcare