Researcher Says Alleviating Hunger in the US Is a SNAP 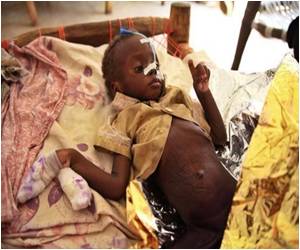 The cornerstone of our efforts to alleviate food insecurity should be to encourage more people to participate in the Supplemental Nutrition Assistance Program (SNAP) "because it works," according to a University of Illinois researcher.

According to Craig Gundersen, SNAP, formerly known as the Food Stamp Program, is a great social safety net program and with some additional improvements could be even more successful at reducing the number of food-insecure households. Gundersen is a U of I professor of agricultural and consumer economics and executive director of the National Soybean Research Laboratory.

"We already know that SNAP leads to reductions in food insecurity, and poverty, and there is no evidence that it leads to obesity," Gundersen said. "We need to make it easier for people to apply for the program, to recertify once they're in the program, and to increase benefits, especially for those who are at the lower end of the benefits structure," he said.


Gundersen says that reducing the stigma associated with receiving SNAP benefits would be an improvement but difficult to accomplish because it requires a shift in attitudes.
Advertisement
"There is a perception among some that people who receive SNAP benefits are lazy - this has historically been the reason for stigma in SNAP," Gundersen said. "In recent years, the stigma associated with SNAP participation has shifted toward a prejudice against people who are overweight. You hear a lot of anecdotal evidence that people who are overweight may be uncomfortable using SNAP. They feel like people are judging them for buying food. If we could become a society that doesn't judge others about their weight, we could reduce stigma."

One surprising outcome from Gundersen's research on the topic is that about half of poor households in the United States are food secure, despite having low incomes. "One reason is perhaps that, along with other factors, they may just be better financial managers," he said. And although it appears to come naturally to some people to be responsible financially, there is evidence that financial management skills can be taught. "Using coupons, shopping at large-scale supermarkets, and buying in bulk can save households money on food," he said.

Gundersen said that the SNAP-Ed program provides some education in financial management. "About 70 percent of SNAP households have at least one person who is working, but for them, it may be hard to find the time to take classes."

Food pantries and other emergency food assistance programs play an important role in the effort to alleviate food insecurity.

"A lot of SNAP recipients are from poor households who just run out of money or SNAP benefits at the end of the month," Gundersen said. "Food pantries can tide people over until the next month. And about one-third of food-insecure households have high enough incomes that they are ineligible for any of the other food assistance programs. The only place they can go for help is to food pantries, so it's really important that we have those available for them."

Lowering food prices and making large-scale food stores more accessible to lower-income neighborhoods in cities are also ways to help reduce food insecurity. "Large-scale supermarkets like Walmart are finding it difficult to get permits to put stores in big cities, such as New York City and San Francisco, two of the most expensive cities to live in," Gundersen said. "Walmart's core customer makes between $20,000 and $50,000 per year, but upper-income people block Walmart despite the good that would come from having a discount grocery store convenient to where lower income families live. It's frustrating to Walmart, to me, and to anti-hunger advocates."

Gundersen also responded to the recent efforts to increase taxes on foods such as sugar-sweetened beverages. "I think it just punishes poor people for their food choices," he said. Taxing foods that have no nutritional content is also a bureaucratic nightmare, according to Gundersen. "Stores would have to add a lot of expensive signage and reconfigure cash registers to read new bar codes on foods that may or may not be eligible for SNAP. And who would make those decisions? It's also just patronizing and offensive to poor people; it's telling them that because they don't know how to shop for their family, we'll tell you how to shop and what's best for them. When I worked for the federal government, no one told me how to spend my paycheck, and Social Security recipients aren't told how they can spend their money," he said.

Gundersen said that the National School Lunch Program (NSLP) also reduces food insecurity. Given the importance of NSLP in alleviating hunger, it is not surprising that food insecurity among children rises during the summer. "There are summer food-service programs, but typically children have to be enrolled in a camp or summer school program to get the free lunch. We definitely see spikes in food insecurity over the summer months," he said.

Food insecurity climbed rapidly in the 2007-08 years and has now leveled off at a high level, Gundersen said. "Even though we're on the other side of the great recession, we haven't seen declines in food security."

Source: Eurekalert
Advertisement
<< The Global Obesity Epidemic Could Be Explained by Our Addic...
UCI Study Finds Swine Flu Pandemic of 2009 More Deadly for ... >>

Hungry? - But you Just Ate!
Most of us are tempted by good food, mealtime or not. Once in a way is fine but it is dangerous to ....

Why does your Stomach Growl with Hunger
A rumbling, growly stomach, hiccups and continuous sneezing are some of the body's signals which we ...