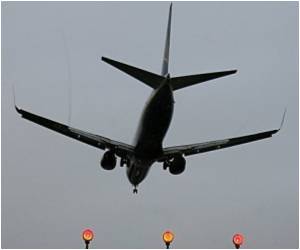 The present UK screening scheme for TB, which is meant for newly arrived immigrants from high-risk countries is not working and needs to be scrapped,according to leading specialists.

The Port of Arrival Scheme, which has operated since 1971, focuses on those wishing to stay in the UK for at least six months and arriving from countries with high rates of TB - more than 40 per 100,000 of the population.

It involves either offering a chest x ray on arrival to the UK or referral to a local chest clinic for assessment. But this system is fundamentally flawed, say respiratory specialists, Dr John Moore-Gillon, and Professors Peter Davies, and Peter Ormerod, as the figures suggest.

Global travel has prompted a sharp rise in UK cases of TB. Around 8,500 cases of active disease are diagnosed annually in the UK, more than 70% of which are in people born elsewhere.

A new TB vaccine could be ready by 2020.The current tools are not enough to control tuberculosis epidemic. The 2009 World Health Organization (WHO) Global Tuberculosis Control Report says that the incidence of TB per capita continues to go down since 2004
Advertisement
"Clearly, current methods of TB screening for new entrants...are not working," say the authors. This is largely because there are no standard criteria for who is offered screening and there is often no way of checking whether they turn up to a local clinic, they say.

Furthermore, a TB screen is triggered only by migration status, not by arrival - irrespective of nationality and British citizenship - from a high risk country.

And the screen is geared towards picking up active infection, yet it is estimated that a third of the global population has latent TB infection.

"This third would include a high proportion of the over 65s born in the UK (and probably many healthcare workers)," write the authors, emphasising that one in 10 of those with latent infection will progress to active disease.

The screen is also designed to uncover respiratory TB, yet TB in other sites of the body, such as the spine, gut, kidneys and brain, accounts for almost half (44%) of cases in new arrivals.

The much touted idea of screening those who plan to come to the UK is neither cost nor clinically effective, by itself, the evidence suggests, say the authors. The best option would be for recently arrived immigrants from high risk countries to be screened in community services, they say, although such services are currently overstretched due to increased demand.

The authors ask whether the time has come for new arrivals to be granted a residency permit only on condition they register with a GP for a TB test, as is the case in the Netherlands and Norway.

The re-emerging threat of tuberculosis (TB) may actually be countered with help from proteins from our bodies, scientists from Ohio are hoping.
Advertisement
Advertisement