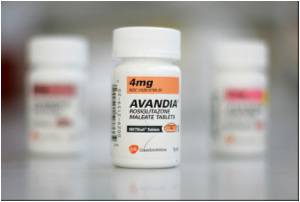 To improve blood glucose control in people with type 1 diabetes and to reduce complications such as heart attacks, strokes and early death, many strategies are implemented in high-income countries.

But there is much need for further improvement, according to a study from Scotland published in this week's PLOS Medicine.


The authors also found a high number of deaths from coma in younger people with diabetes (caused by either an extremely high or an extremely low blood sugar level) and two to three extra deaths per 100 people a year inthose aged 60 to 69 years with type 1 diabetes.

A comprehensive article on diabetes - both Type 1 and Type 2 diabetes, including : causes, signs, symptoms, diagnosis, treatment, facts and a glossary on diabetes.
Advertisement
Worryingly, the authors also found that the majority of patients in this Scottish dataset had poorly controlled blood glucose levels, with only 13% having HbA1c levels (a test that measures the blood sugar control over the previous 3 months) in the target range. People with type 1 diabetes also had similar levels of smoking and of being overweightrisk factors of cardiovascular diseaseas the general population.

The importance of tight blood sugar control for minimizing complications from diabetes has been understood for almost two decades. Therefore, there is an urgent need to understand why so few people with type 1 diabetes in settings such as that studied here have good control of their blood sugar, and what can be done to improve this situation.

They continue: "A striking feature of the data is the very low rate of achievement of glycaemic control targets."

Diet plays a significant role in controlling diabetes. Most cases of diabetes are preventable with healthy lifestyle changes.
Advertisement
<< Psychiatric Disorders Highly Prevalent In Youths After Dete...
Downside of Being Too Clean Explored >>