Downside of Being Too Clean Explored 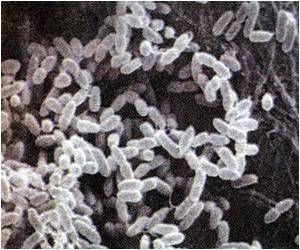 The epidemic rise in allergies in recent years has happened because we're living in sterile homes and overdoing hygiene.

This myth was dismantled by a new scientific report from the International Scientific Forum on Home Hygiene (IFH).

Kids living in urban areas have a much higher prevalence of food allergies than those living in rural areas, reveals study.
Advertisement

But far from saying microbial exposure is not important, the report concludes that losing touch with microbial 'old friends' may be a fundamental factor underlying rises in an even wider array of serious diseases. As well as allergies, there are numerous other 'chronic inflammatory diseases' (CIDs) such as Type 1 diabetes and multiplec which seem to stem from impaired regulation of our immune systems. Deficiencies in microbial exposure could be key to rises in both allergies and CIDs.


This detailed review of evidence, accumulated over more than 20 years of research since the 'hygiene hypothesis' was first proposed, now confirms that the original notion is not correct.

Eye allergies are treated with different types of eye drops such as lubricants, antihistamines, NSAIDs and corticosteroids. Eye drops are used to reduce allergies, eye infection and help healing.
Advertisement
Presenting the report findings in Liverpool today at Infection Prevention 2012, the national conference of the UK and Ireland's Infection Prevention Society, co-author of the report and Honorary Professor at London School of Hygiene and Tropical Medicine, Professor Sally Bloomfield explains: "The underlying idea that microbial exposure is crucial to regulating the immune system is right. But the idea that children who have fewer infections, because of more hygienic homes, are then more likely to develop asthma and other allergies does not hold up."

Another author of the report, Dr Rosalind Stanwell-Smith, also from London School of Hygiene and Tropical Medicine said: "Allergies and chronic inflammatory diseases are serious health issues and it's time we recognised that simplistically talking about home and personal cleanliness as the cause of the problem is ill-advised, because it's diverting attention from finding workable solutions and the true, probably much more complex, causes." If worrying about 'being too clean' results in people needlessly exposing themselves and their children to pathogens that can make them ill, this would clearly be dangerous.

Professor Graham Rook, also co-author of the report, who developed the 'Old Friends' version of the hypothesis, said: "The rise in allergies and inflammatory diseases seems at least partly due to gradually losing contact with the range of microbes our immune systems evolved with, way back in the Stone Age. Only now are we seeing the consequences of this, doubtless also driven by genetic predisposition and a range of factors in our modern lifestyle - from different diets and pollution to stress and inactivity. It seems that some people now have inadequately regulated immune systems that are less able to cope with these other factors."

Dr Stanwell Smith explains the probable reasons why this has happened "since the 1800s, when allergies began to be more noticed, the mix of microbes we've lived with, and eaten, drunk and breathed in has been steadily changing. Some of this has come through measures to combat infectious diseases that used to take such a heavy toll in those days - in London, 1 in 3 deaths was a child under 5. These changes include clean drinking water, safe food, sanitation and sewers, and maybe overuse of antibiotics. Whilst vital for protecting us from infectious diseases, these will also have inadvertently altered exposure to the 'microbial friends' which inhabit the same environments".

But we've also lost touch with our "old friends" in other ways: our modern homes have a different and less diverse mix of microbes than rural homes of the past. This is nothing to do with cleaning habits: even the cleanest-looking homes still abound with bacteria, viruses, fungi, moulds and dust mites. It's mainly because microbes come in from outside and the microbes in towns and cities are very different from those on farms and in the countryside.

"The good news", says Professor Bloomfield "is that we aren't faced with a stark choice between running the risk of infectious disease, or suffering allergies and inflammatory diseases. The threat of infectious disease is now rising because of antibiotic resistance, global mobility and an ageing population, so good hygiene is even more vital to all of us."

"How we can begin to reverse the trend in allergies and CID isn't yet clear", says Professor Rook. "There are lots of ideas being explored but relaxing hygiene won't reunite us with our Old Friends - just expose us to new enemies like E. coli O104."

"One important thing we can do", says Professor Bloomfield, "is to stop talking about 'being too clean' and get people thinking about how we can safely reconnect with the right kind of dirt".

Conjunctivitis or Pink Eye causes redness and soreness of the conjunctiva and is responsible for 1% of all emergency visits to a hospital.
Advertisement
<< Type 1 Diabetes Bringing In Serious Complications
MALI Invites Dutch Abortion Ship To Morocco >>