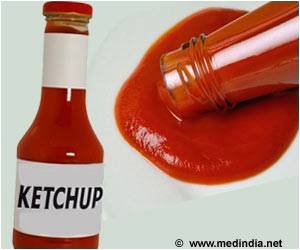 In US, two high school students have built a ketchup bottle cap that ensures people do not have to deal with the messy separated liquid that comes out before the actual ketchup does.

The students, Tyler Richards and Jonathan Thompson, from North Liberty High School, are part of Project Lead The Way, a STEM education project that aims to bring students closer to technology.

According to TechCrunch, Richards and Thompson used the skills they learned in the programme to brainstorm, design and print a new cap that ensures that only ketchup comes out of the bottle instead of the weak, tea-like slop.


People need to just shake the bottle Geez. Now if you can figure out a way to get the ketchup to come out in a nice even stream instead of the explode ketchup all over the hot dog bun and surrounding items THAT would be worth something, the report said.

More like "Geez, the two students created a cooler cap for ketchup using tools that are accessible to the average high school student and are getting world-wide recognition for their efforts," it added.

Scientists Find Way of Squeezing Last Drop of Ketchup or Shampoo from Bottle
MIT researchers have developed a lubricant that would help people squeeze out the last drop of ......

Ketchup, Avocado, Potatoes: Some New Ingredients Used In Baking Cakes
We start picturing chocolate, butter, dry fruits and something sweet when we think of cakes....

Scientists Develop Slippery Film To Make Pouring Ketchup Smoothly Easy
A slippery film which lets the sauce slide smoothly out of the bottle on to the plate, is being ......