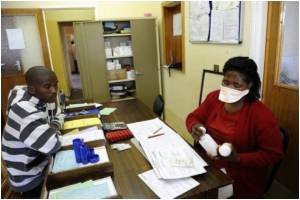 The standard methods to retreat tuberculosis (TB) is failing in low and middle-income settings, says study.

Each year, between one in ten and one in five patients treated for TB see their disease return after failing, interrupting or relapsing from treatment.


This results in an estimated one million people in 90 countries being treated with an 8 month long regimen of five drugs. The therapy has been in use for over three decades and is recommended by the World Health Organisation.

Nearly a quarter of patients died, whilst 6 percent saw their TB disease return. Fatalities were particularly high amongst HIV-infected patients.

"Our study suggests that the recommended therapy for re-treating TB is failing as many as one in four people with recurrent TB in the developing world," said Edward Jones-Lopez, Assistant Professor of Medicine at Boston University School of Medicine.

The researchers believe that a number of reasons may be to blame. These include poor adherence to the drug regimen and the presence of drug-resistant forms of TB - including multi-drug resistant TB - some cases of which may have gone undiagnosed.

The study has been published in the open access journal PLoS Medicine.

TBVI's research partners, many of whom came together in Switzerland in early February 2011, are carefully optimistic about the past year's advances in vaccine research.
Advertisement
<< 52 Million Uninsured Americans Due to Job Loss
'One-size-fits-all' Criteria Not for Gambling Addiction Tre... >>

The Essence of Yoga How to Reduce School Bag Weight - Simple Tips Pregnancy Confirmation Calculator Noscaphene (Noscapine) Drug Interaction Checker Color Blindness Calculator Iron Intake Calculator Blood - Sugar Chart Drug Side Effects Calculator Vent Forte (Theophylline)
This site uses cookies to deliver our services.By using our site, you acknowledge that you have read and understand our Cookie Policy, Privacy Policy, and our Terms of Use  Ok, Got it. Close
×