Treat Homelessness Before Everything Else 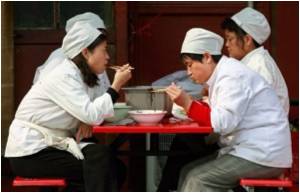 Researchers from St. Michael's Hospital and McMaster University assessed the success of Hamilton's Transitions to Home program - a program designed to quickly find permanent housing for men who are frequent users of the city's emergency shelter system. Hamilton men who in the last year spent 30 nights or more in emergency shelters or on the streets are eligible for the program, which is run by the city's Wesley Urban Ministries.

The findings, which were published in a report delivered to the Department of Human Resources and Skills Development Canada, show that providing prompt, permanent shelter to the city's homeless is cheaper and more effective than trying to treat underlying conditions such as mental health or addictions first.


"Before all else, housing should be seen as a basic human right," explained Dr. Julia Woodhall-Melnik, author of the report and a researcher at the Centre for Research on Inner City Health of St. Michael's Hospital and post-doctoral fellow at McMaster University. "Transitions to Home rightly offers affordable, stable housing at the outset with no conditions attached. With housing in place first, people can better cope with and then resolve mental health and addiction issues and work towards achieving other personal goals."
Advertisement
Researchers used data from Transitions to Home's outcome tracking system and the Homeless Families and Individuals Information System - a tracking tool used by all overnight case workers at Hamilton shelters.

"There are 160 participants actively enrolled in Transitions to Home right now," explained Dr. Woodhall-Melnik. "And 98 per cent of them are in permanent or temporary housing."

Most Transitions to Home participants spent fewer nights in emergency shelters and were more likely to remain in affordable rental housing if they stayed in the program. The program also provides therapeutic recreation, addiction counselling and housing support services to improve the overall well-being of participants.

"As far as we know, the therapeutic recreation program is something unique to Hamilton," said Dean Waterfield, director of Housing and Homelessness at Wesley Urban Ministries. "It gives participants an opportunity to be active, social, build relationships and even helps assist with mental health and addiction concerns by filling up time in the day."

Since 2010, 176 Transitions to Home participants have taken part in the recreation management program. The average time a participant spends in recreation therapy is move than 15 hours.

Additionally, Dr. Woodhall-Melnik and her fellow researchers interviewed 26 men - 16 who were enrolled in the Transitions to Home program and 10 frequent shelter users who were not enrolled. The research team also interviewed case-management teams and senior social services workers.

Researchers also found many of the men they interviewed had a long term history of trauma. Some had been exposed to parental addictions or poverty as children, while others spent time in juvenile detention. Still others suffered had mental health issues as children or had left high school.

"Most of the men we interviewed had experienced some form of trauma earlier in life," said Dr. Woodhall-Melnik. "This points to a need for better counselling services and good prevention strategies to support low-income and at-risk families and children."

The study also revealed an overall need for more affordable housing that is clean, in good repair and pest free; increased housing allowances and rent supplements; improved collaboration between agencies which help the homeless; and creative solutions to engage with the homeless.

50 Percent of Homeless Men Had Traumatic Brain Injury in Their Life: Study
At least one traumatic brain injury is found in the life of homeless and 87 percent of those ......

Nearly 50 Percent of Homeless Men Had Suffered Traumatic Brain Injury in Their Life: Study
A study by St. Michael's Hospital reveals that nearly 50% of homeless men who participated in the .....

Many Patients can Benefit From Home Dialysis, but Are Currently Receiving Care in Dialysis Centers
Study says kidney failure patients in Australia who could benefit from undergoing dialysis at home ....