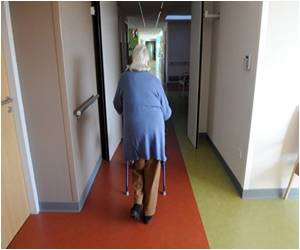 MRI scans may help identify inflammation caused due to metal-on-metal hip implants, a new study suggests. The study, which appears in an upcoming issue of the Journal of Bone & Joint Surgery, demonstrates that MRI can be used to identify implants that are going to fail before people become symptomatic.

"The study shows that synovitis exists in asymptomatic people in a fairly high prevalence," said Hollis Potter, M.D., chief of the Division of Magnetic Resonance Imaging at Hospital for Special Surgery, in New York City. "If that is the case, symptoms alone are insufficient to determine the health of an implant. You can't wait for people to be sore before we evaluate them for this potential problem." The researchers say that MRIs can help identify patients who need revision surgery before tissue sustains further damage that makes a revision more difficult.

Hip resurfacing, a surgical alternative to total hip replacement (THR), involves placing a metal cap over the head of the femur while a matching metal cup, similar to that used in a THR, is placed in the pelvic socket. The procedure preserves more of a patient's thigh bone than a conventional hip replacement, but the implants can cause synovitis. Until now, no objective data has existed regarding just how much inflammation these implants can cause. To fill this knowledge gap, investigators set out to evaluate the ability of MRI to detect and quantify adverse synovial responses in symptomatic and asymptomatic subjects following metal-on-metal hip resurfacing.


The investigators included the first 69 consecutive subjects (74 hips) referred from three surgical practices to the Hospital for Special Surgery for an MRI after a metal-on-metal hip resurfacing arthroplasty. Patients were classified as asymptomatic, having unexplained pain, or symptomatic with a mechanical cause. This latter category included patients with pain caused by implant loosening, dislocation, periprosthetic fracture, or original faulty positioning of the implant.
Advertisement
All individuals underwent an MRI and then these scans were evaluated by two musculoskeletal radiologists, both of whom were blinded as to which group the patient belonged to. X-rays were also obtained for most patients. Wear of metal-on-metal implant surfaces produces metal wear debris in the form of very small microscopic particles, resulting in metal ion release, which may impact local tissue and other body systems. Therefore, serum cobalt and chromium ion levels measured closest to the date of the MRI were recorded when available. Investigators also collected demographic data, including age, sex, body-mass index, and length of time since arthroplasty.

The average volume of synovitis was 5.0 cm3 in the asymptomatic group, 10.2 cm3 in the mechanical causes group, and 31.0 cm3 in the unexplained pain group. "The data show that there is a high prevalence of abnormal synovial response in both symptomatic and highly functioning, asymptomatic patients who have undergone metal-on-metal arthroplasty, indicating that symptoms alone are insufficient means by which to monitor patients," Dr. Potter said.

There were no significant differences in the X-rays or serum ion levels, demonstrating that these could not be used to predict damage. "Many people focus on serum ion levels," said Dr. Potter. "I think the direction of the pendulum is really changing now, away from serum ion levels and toward imaging, or at least not to focus so much on serum ion levels to predict potential damage. Cross sectional imaging is the way to go, and specifically, MRI over CT based on its superior soft tissue contrast."

Metal Hip Implants Linked to Poisoning
Health regulators in Britain are launching an investigation into metal hip implants that could ......

Metal Ions from Hip Implants Passed On To Infants
Hip replacement patients with metal-on-metal (MoM) implants (both the socket and hip ball are ......