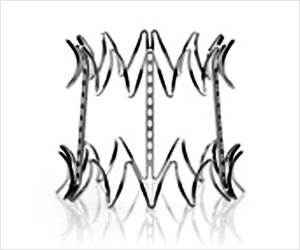 A novel version of Trinity transcatheter aortic valve implant has been created by Transcatheter Technologies. The device is designed to deliver transfemorally in addition to its present transapical version. Transcatheter Technologies, based out of Regensburg, Germany had announced the advantages of the valve. The company says that it's transfemoral version of the replacement heart valve would complement the existing Trinity transapical device.

The valve has its major advantages listed below.

"We will expand our platform technology with a transfemoral system to complete our truly repositionable Trinity TAVI system. The transfemoral Trinity system will have the same features as our transapical system," said Wolfgang Goetz, M.D., Ph.D., CEO, a cardiac surgeon. "The tremendous advantage of Trinity is that even when the valve is completely expanded and anchored above the annulus - unlike currently marketed TAVI systems - the Trinity valve may still be repositioned, retrieved, or kept in the same position. This feature is absolutely unique to Trinity and the reason why we have positioned Trinity as the Third-Generation TAVI System."

The TRINITY valve prosthesis contains a tri-leaflet bovine pericardial valve mounted on a self-expanding Ninitol frame. The TRINITY valve prosthesis retains the same height either when folded or expanded. This enables accurate positioning and valve deployment. The bioprosthetic valve has a conforming skirt that improves sealing to the aortic root. The height of the valve has been designed short so as to ensure optimal fitting. Trinity has been designed to minimize or get rid of paravalvular leakage that's inundated the early TAVI devices.

The transapical approach is executed through an incision between the ribs. In this approach, the transfemoral device is instituted through the femoral artery in the thigh.

Yoga And Heart
The various diseases of the heart can be effectively cured through yogic therapy and heart health .....