The Psychology Behind Self Harm Revealed 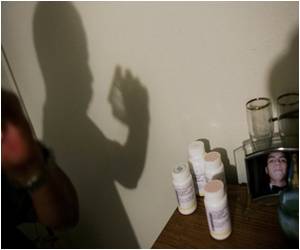 Also known as pain offset relief, the psychological mechanism associated with relief after removal of pain has been now studied by the Association for Psychological Science.

It showed that healthy individuals and individuals with a history of self-harm display similar levels of relief when pain is removed, which suggests that pain offset relief may be a natural mechanism that helps us to regulate our emotions.

These findings shed light on the emotional nature of pain offset relief, and could provide insight into why some people seek relief through self-injurious behavior.

In this study, the researchers examined whether the emotional relief that comes with physical pain removal might be a potential mechanism that could help to explain why some people engage in self-harm behaviors.

Participants with or without a history of self-harm were assessed for emotion dysregulation and reactivity, self-injurious behavior, and for psychiatric disorders.

Using a similar recording electrode procedure as in the first study, Franklin and colleagues were able to measure positive and negative emotions in response to loud noises, either alone or after receiving a painful shock.

These results do not support the hypothesis that heightened pain offset relief is a risk factor for future self-injury.

Instead, Franklin and colleagues speculate that the biggest risk factors for nonsuicidal self-injury may concern how some people overcome the instinctive barriers that keep most people from inflicting self-harm.

Advertisement
<< For US Gays, Divorce is Just a Big Hurdle as Marriage is
Same-Sex Marriage Backed by Hillary Clinton >>

High School Internet Addicts Have a Doubled Risk of Self Harm
High school students who are hooked on to the net are likely to self-harm themselves, according to ....

Girl Guides' Leaders Warn Stressed Girls may View Self Harm as Normal
Girlguiding UK is reporting that girls are so stressed out these days they may come to view self ......