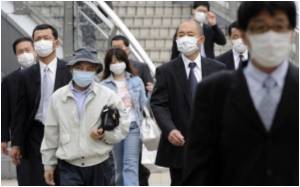 Japan's biggest recorded earthquake appears to have moved the island by about 2.4 metres, according to the US Geological Survey. That's a reasonable number. Eight feet, that's certainly going to be in the ballpark," said USGS seismologist Paul Earle.

Friday's 9.0 magnitude quake unleashed a terrifying tsunami that engulfed towns and cities on Japan's northeastern coast, destroying everything in its path in what Prime Minister Naoto Kan said was an "unprecedented national disaster".

Japan Shows The Way To Cope With Mega-disaster

For Japan's 128 million people living with the threat of natural disasters is just a part of life.
Advertisement

The quake and its tectonic shift resulted from "thrust faulting" along the boundary of the Pacific and North America plates, News.com.au quoted the USGS, as saying.


"With an earthquake this large, you can get these huge ground shifts. On the actual fault you can get 20 metres of relative movement, on the two sides of the fault," Earle said.

He said similar movements would have been seen for Chile and Indonesia.

Is Supermoon the Reason Behind the Earthquake?

The devastating earthquake of 8.9-magnitude that hit Japan, could be caused by the supermoon believe some people.
Advertisement
<< New Delhi's 'Cyclothon Rally' to Raise Awareness on Energy ...
Japan's Disaster Survivors Still to Face the Mental Agony >>