Teen Use Of Marijuana Reduces With Anti-drug Ads 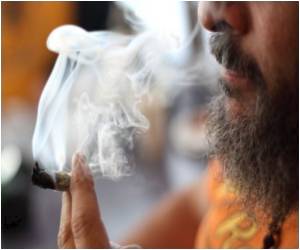 A study, led by a researcher from Ohio Sate University, has provided evidence that anti-drug campaigns effectively reduce marijuana use among teenagers.

It looked at self-reported exposure to two anti-drug campaigns and measured the frequency of drug use in teens from 20 middle-school communities.

Clay Butler, a Northern California entrepreneur has dreamed up the idea of soft drinks that have THC, the main psychoactive substance found in marijuana.
Advertisement

The study found that messages that highlighted teen autonomy and aspirations were more effective than previous campaigns with more negative focuses.


With an aim to measure the effectiveness of an experimental campaign 'Be Under Your Own Influence', Michael Slater, professor of communication at Ohio Sate University, and his colleagues also focussed on the national campaign 'Above the Influence'.

In some bizarre news, it has emerged that medical marijuana users can now take their medicine - in the form of sparkling sodas!
Advertisement
They realized that the two unrelated campaigns were launched at the same time and promoted similar messages.

"The results of the 'Be Under Your Own Influence' campaign are swamped by the effects of the national campaign," Slater told the Discovery News.

He said both campaigns focused on the inconsistencies of teens' personal autonomy and how drugs affect that balance.

The 'Be Under Your Own Influence' campaign, which focused on mostly print materials, was studied by using four different set-ups.

Students were directly exposed to the campaign in the classroom, exposed through media in the local community or exposed to both or neither.

The team found teens who reported exposure to the 'Be Under Your Own Influence' also reported the lowest marijuana use the most when community involvement was added to the picture.

On the other hand, they found the 'Above the Influence' national campaign could reduce an early teen's chance of trying the drug simply through exposure.

"We also asked about fake campaigns to rule out fakers," said Slater.

This way, students who reported to have been exposed to non-existent ads and made-up drugs were ruled out from the sample.

Though the findings point to the success of anti-drug ads, Slater is not afraid to point out the research's weaknesses.

He also said future research would need to use larger sample sizes to further confirm these findings.

The research appears in the March issue of Prevention Science.

Fake Marijuana Chemicals Banned in US

Patients suffering from AIDS in South Africa are unable to get right quantities of their lifesaving drugs so that they can be mixed with marijuana and smoked, say authorities and health experts.
Advertisement
News A-Z
A B C D E F G H I J K L M N O P Q R S T U V W X Y Z
What's New on Medindia