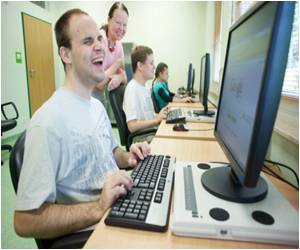 When it comes to predicting important world events, teams do a better job than individuals, and laypeople can be trained to be effective forecasters even without access to classified records.

US Soccer Teams Battle for Second Round, as Fans Brace in

Another edge-of-the-seat match on Thursday is awaited eagerly by a record number of football fans in the US as their team battles to make the World Cup second round.
Advertisement

The study findings challenged some common practices of the U.S. intelligence community, where professional analysts usually specialize in one topic or region and send reports up the chain of command.


In what the authors called the first scientific study of its kind, researchers identified common characteristics that improved predictions by amateur participants in a geopolitical forecasting tournament.

Roche Teams Up With Swiss Company to Develop Superbug Killer

Pharmaceuticals giant Roche has teamed up with Swiss company Polyphor to develop an antibiotic that can effectively deal with a superbug that has taken hold in hospitals.
Advertisement
The contest was sponsored by the Intelligence Advanced Research Projects Activity (IARPA), anagency within the Office of the Director of National Intelligence that funds research to improve intelligence practices.

Barbara Mellers, PhD, said that teams could share information and discuss their rationales but still submit anonymous forecasts and this type of teamwork that protects dissent was really important, but it wasn't being used to the full extent that it should be in the intelligence community.

The most accurate forecasters in the tournament were better at pattern detection, cognitive flexibility, knowledge of geopolitics and open-mindedness, including a willingness to consider unorthodox outcomes.

The study concluded that Geopolitical forecasting tournaments should become a regular facet of research to improve intelligence analysis and track the performance of analysts.

The research is published by the American Psychological Association.

With the FIFA World Cup set to kick off in less than a week's time, another global tournament is currently underway near the snow-peaked foothills of northern Sweden.
Advertisement
Advertisement
This site uses cookies to deliver our services.By using our site, you acknowledge that you have read and understand our Cookie Policy, Privacy Policy, and our Terms of Use  Ok, Got it. Close
×