Takeover Bid of AstraZeneca Given Up by Drugmaker Pfizer 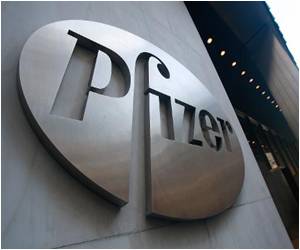 Takeover bid of British AstraZeneca was given up by the US drugmaker Pfizer after its final $117-billion offer was rejected last week, the latter said on Monday.

"Following the AstraZeneca board's rejection of the proposal, Pfizer announces that it does not intend to make an offer for AstraZeneca," the New York-based company said in a statement.

The announcement put an end to a long-running saga that drew widespread attention over fears that British jobs and research capability would be lost and accusations that the tie-up was a cynical ploy by Pfizer to pay less tax.

"We continue to believe that our final proposal was compelling and represented full value for AstraZeneca based on the information that was available to us," said Ian Read, chairman and CEO of Pfizer in the statement.
Advertisement
Pfizer's proposal also included a controversial plan to re-domicile the combined company in Britain for tax purposes, in a move that would help it avoid paying billions of dollars in tax to the US government.

Pills for Prolonging Life in Lung Cancer Patients
One of the leading causes of deaths in females is lung cancer. Though smoking is the main cause of ....

Generic Viagra Sale in US: Pfizer Reaches Settlement With Teva
A patent litigation against Teva Pharmaceuticals over the sale of a generic version of blockbuster ....