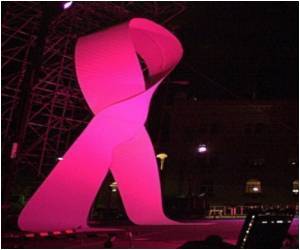 Unhealthy lifestyle, tobacco use, environmental pollution and an ever-growing population have caused a surge in non-communicable diseases. According to the Population Based Cancer Registry, there are nearly 28 lakh cancer patients in the country, and the numbers are increasing at an average rate of 1.2% annually.

To check the growth of non-communicable diseases, the government has made some changes to the comprehensive National Programme for Prevention and Control of Cancer, Diabetes, Cardiovascular Diseases & Stroke (NPCDCS), which will gain momentum in the next two years.

Biomarker For Colorectal Cancer Could Help In Deciding On Aspirin Treatment

The tumor necrosis factor in blood could be a possible biomarker for colorectal cancer, it has been found. Those with higher baseline levels of the TNF benefited by taking aspirin.
Advertisement

The objectives of this programme will seek to instill behavior and lifestyle changes as a way to control and prevent Non-Communicable Diseases (NCDs) including cancer, and step-up care to cancer patients in 100 districts across 21 states.

An analysis conducted by researchers has found that adding the targeted therapy bevacizumab to the treatment of patients with advanced ovarian cancer is not cost effective.
Advertisement
<< Multiple Sclerosis Blocked in Mouse Model
7-Year-itch Replaced >>

Noscaphene (Noscapine) Nutam (400mg) (Piracetam) Indian Medical Journals Sanatogen Iron Intake Calculator Find a Doctor Pregnancy Confirmation Calculator The Essence of Yoga Calculate Ideal Weight for Infants Drug Interaction Checker
This site uses cookies to deliver our services.By using our site, you acknowledge that you have read and understand our Cookie Policy, Privacy Policy, and our Terms of Use  Ok, Got it. Close
×