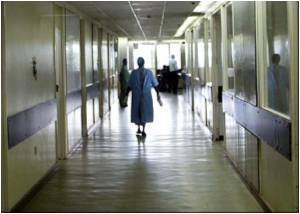 A new survey carried out by the Royal College of Surgeons (RCS) has revealed that surgeons in UK are spending significantly longer times on surgeries than the 48-hour limit specified in Europe.

Get a LASIK done for laser- sharp eyes. If traveling abroad for treatment Consult Us First for affordable options.
Advertisement

The report also highlighted the gender gap with just over 7 percent of the consultant surgeons being female even though they account for over 55 percent of medical graduates. However RCS president John Black said that the gender gap will close down in the next few years.


"Although there appear to be very few female consultant surgeons, this reflects the fact that very few women went to medical school at the time the present generation of consultants entered specialty training. We expect to see far more female surgeons in the future", he said.

Triple bypass surgery, an open heart surgery involves grafting blood vessels from either the chest or leg onto 3 blocked blood vessels.
Advertisement
This site uses cookies to deliver our services.By using our site, you acknowledge that you have read and understand our Cookie Policy, Privacy Policy, and our Terms of Use  Ok, Got it. Close
×