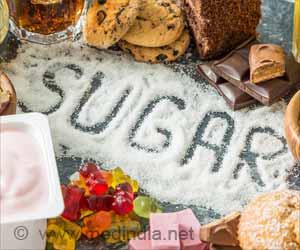 Prominent nutrition labels and taxes on sugary products can help consumers reduce sugar consumption, and opt for healthier options, reports a new study. The findings of the study are published in the International Journal of Behavioral Nutrition and Physical Activity.

The study, which included more than 3,500 people aged 13 and over on their purchasing behavior last spring, also found that taxes could have the greatest impact if 100 percent fruit juice were included in reduction efforts.

Sugar is known to be the dietary cause for increased risk of several chronic ailments such as diabetes and cancer. Is it coincidence or is it for real?
Advertisement
‘Sugar taxes and front-of-package nutrition labeling systems are effective strategies to address diet-related non-communicable diseases.’
Read More..

"Governments don't need to wait to implement these policies; they're already used in many other parts of the world and are successful in helping people make healthier food choices," said Rachel Acton, a doctoral student in the School of Public Health & Health Systems.


"Many people don't realize that fruit juice can have just as much sugar, or more, as regular pop, and these types of drinks aren't always included in a tax when evidence shows that maybe they should be."

Global Diet is Getting Sweeter Particularly When It Comes to Beverages

Added sugars are increasing rapidly in the diets of people living in developing countries, while many high-income countries are seeing slight decline in consumption.
Advertisement
In the study, participants purchased food and snacks in scenarios involving different levels of sugar taxes, as well as various types of 'front-of-package' labels, including labels that have been proposed by Health Canada that warn consumers about high levels of sugar, salt, and saturated fat in pre-packaged foods.

The study found that when prices increased due to taxes, or packages displayed nutrition labels such as the 'high in sugar' label on the front of packs, people bought drinks and snacks with less sugar, sodium, saturated fat and calories.

"One interesting finding was that the 'high in' labels proved to be most effective at encouraging purchases with less sugar, sodium, saturated fat and calories," said Acton. "This is the type of labeling system the Canadian government is considering and has been already implemented in Chile.

Co-author David Hammond, a professor in the School of Public Health and Health Systems, said, "Taxes on sugary drinks and better nutrition labels are the types of measures that can help reverse increasing rates of obesity and chronic disease from unhealthy diets.

Evidence is particularly crucial given strong opposition from the industry. Indeed, industry lobbying has delayed and threatens to derail the nutrition labels announced by the federal government more than a year ago."

Sugars, can tempt your taste buds, however they can be harmful to health in many ways. Check out some of interesting benefits of quitting sugar.
Advertisement
<< Cycling Lanes Reduce Fatalities
Pregnant Black Women with Low Vitamin D Levels More Likely t... >>

Natural sweeteners are considered to be healthier sugar alternatives as they are derived from plants, fruits and impart the sweet taste.

More News on:
Sugar: Time to Look beyond Its Sweetness Tips for Healthy Fasting During Ramadhan