Study Reveals How Horoscopes can Turn into 'Horrorscopes' 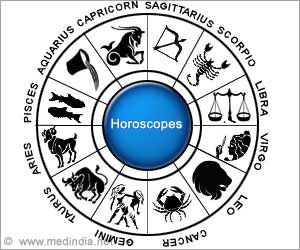 Do you believe in horoscopes? If you do and read a negative prediction you are likely to make an erratic decision in life that is likely to cause more harm than good. This research was published by scientists from Johns Hopkins University and the University of South Carolina after a recent study in the Journal of Consumer Research.

The study asked 188 participants to choose between going to a party or cleaning their home after they read a favourable or unfavourable star sign.


The study has also found that approximately one third of people in America "strongly believe" in the fateful predictions of the horoscopes. There are a whole load of celebrities like Madonna, Naomi Watts and others who are also strong fan of horoscopes and psychics. According to reports, Naomi Watts communicated using psychics with late princess Diana about the part she played in her movie on the Princess. Such are the powers of horoscopes and psychics in the world. It would take more than this research for people to get convinced about the mumbo-jumbo of the horoscopes.

Horoscope Predictions Say Wills-Kat's Newborn Will be a Charismatic Monarch
The complete horoscope of the royal baby has predicted that the baby will be a strong and powerful ....

All Your Zodiac Predictions for 2011 Will Go Wrong: Here's Why
All your horoscope predictions for the year 2011 are bound to be wrong....

Enjoy Ice Cream According to Your Sun Sign
All ice cream flavours always taste heavenly, but knowing which one is specially created for which ....