All Your Zodiac Predictions for 2011 Will Go Wrong: Here's Why 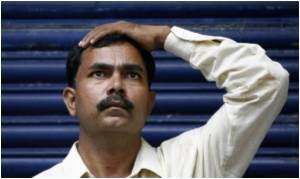 All your horoscope predictions for the year 2011 are bound to be wrong. Why? Because the stars are not aligned as your astrologer thinks they are.

All zodiac signs - Aries, Taurus, Gemini, Cancer, Leo, Virgo, Libra, Scorpio, Sagittarius, Capricorn, Aquarius or Pisces - were originally based on the constellation the sun was in the day you were born.

The Banaras Hindu University in Uttar Pradesh has turned to ancient holy texts to find a cure for heart ailments.
Advertisement

However, there is a major phenomenon that will disregard all this - the Earth wobbles, a phenomenon called precession.


Over the 2,500 years or so since the zodiac was established, your sign has moved about a month relative to the sun and stars, reports Live Science.

So your New Year resolutions may actually belong to someone else!

Still, 25 percent of Americans say they believe in astrology.

All About Medical Astrology

A lot of people in India have relied upon traditional sciences like astrology and Vastu Shastra for centuries.
Advertisement
<< A Decade Later 9/11 Survivors Still Suffer From PTSD
Couple Desperate For Girl Abort Twin Boys Conceived Through... >>

Majority of the child stars, like Britney Spears, Christina Aguilera, Scarlett Johansson and Miley Cyrus, are born under the star sign Sagittarius, a new study has shown.

All Your Zodiac Predictions for 2011 Will Go Wrong: Here's Why Personalised Printable Document (PDF)