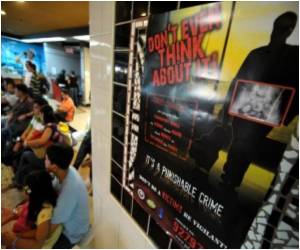 People with drug-related criminal records in Norway have a mortality rate that can be up to 15 times higher than people with no criminal record, finds a new study. The study was published in the journal PLOS ONE. Also, people with a police record of driving under the influence of alcohol have significantly shortened life-spans compared to the overall population.

"Our findings are surprising, because Norway is well-known for its egalitarianism," says IIASA researcher Vegard Skirbekk, who led the study. But in fact, in comparison to other countries, the mortality rate for criminal offenders in Norway was as high or higher than in many other European countries, as well as the United States. "This study suggests that under the surface of Norway's egalitarian society, stark inequality still exists," he says.

How much of the difference was linked to drug abuse? Previous research had shown that people with criminal records are more likely to have had substance abuse problems, and drug and alcohol abuse is associated with higher mortality rates. But previous studies of criminal records and mortality had not distinguished between drug use and other lifestyle risks in explaining differing mortality rates.


The study confirmed that drug and alcohol use played an important role in the higher mortality rates among convicted criminals: those people imprisoned once for use or possession of drugs had a relatively mortality risk 8 times higher than those with no criminal record, and those imprisoned more than twice for drug-related offenses had a relative mortality risk of 10 to 13 times higher than those with no criminal record. The differences were higher for women. However it also showed that even for prisoners who did not have substance abuse problems, the mortality rate was still nearly twice as high compared to the non-offender population.
Advertisement
The new study was the first nationwide study of criminal record and mortality in Norway, and one of the largest such studies to date worldwide. Conducted in collaboration with Statistics Norway, it relied on data on crimes, drug, and alcohol use, and mortality from national administrative registries in Norway, and adjusted for age and socio-economic factors. Says Skirbekk, "Mortality is an excellent measure of inequality. While other measures such as income and education can be incomplete or subjective, mortality is precise."

Brazil Bans Sales of Toy Guns to Staunch an Epidemic of Firearm Related Crime
As the country attempts to staunch an epidemic of firearm-related crime, a Brazilian territory is .....

Shock Therapy to Reduce Crime
Shocks to the brain may be the way to go to lower rates of crime, according to recent breakthrough ....

FBI Figures Reveal Violent Crime Rate in US Dropped for Fifth Straight Year
New figures released by the Federal Bureau of Investigation reveal that the crime and murder rate .....