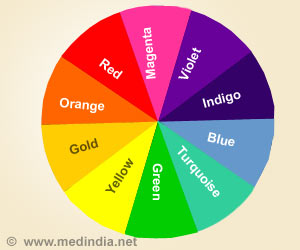 According to a study, the food dye Brilliant Blue FCF (BB FCF) could be a useful tool in the development of treatments for a variety of conditions involving the membrane channel protein Pannexin 1(Panx1). The study can be found in The Journal of General Physiology. Panx1, which is involved in signaling events leading to inflammation and cell death, has been implicated in such diverse diseases as Crohn's, AIDS, melanoma, epilepsy, spinal cord injury, and stroke, among others. Thus, there is a demand for the development of pharmacological tools to inhibit Panx1.

Researchers from the University of Miami School of Medicine now demonstrate that BB FCF is a selective inhibitor of Panx1 and might therefore be added to the repertoire of drugs used to battle certain diseases associated with the protein. However, because an unintended consequence of treatment with BB FCF could be a temporary blue skin tone in patients, the researchers conclude that BB FCF would be best used to identify structurally similar substances to aid treatment.


Advertisement
<< Study Examines Relationship of Medical Interventions in Chi...
Parents of Young Children Warned To Be Alert to Blind Cord ... >>

Food Dyes Gives Protection Against Cancer
Though food dyes are popularly known for health hazards they have a positive side- protection ......

FDA to Examine Link Between Artificial Food Dyes and Hyperactivity
The US Food and Drug Administration has revealed that it will looking into complaints that ......

Food Dyes Linked to ADHD
The role of dye additives and its impact on the behavior of children has been under study by a Food ...