Study Finds Neanderthals Were Affectionate Towards Their Children 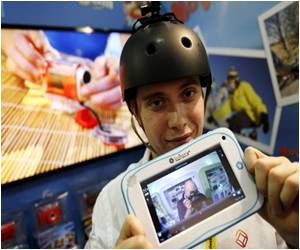 Humans and Neanderthals may Have Interbred

According to a team of researchers, a new method has helped them confirm that humans and Neandertals interbred.
Advertisement

The research team from PALAEO (Centre for Human Palaeoecology and Evolutionary Origins) and the Department of Archaeology at York, found that Neanderthal childhood experience was subtly different from that of their modern human counterparts in that it had a greater focus on social relationships within their group. Investigation of Neanderthal burials suggests that children played a particularly significant role in their society, particularly in symbolic expression.


The research team, which also included Gail Hitchens, Andy Needham and Holly Rutherford, say there is evidence that Neanderthals cared for their sick and injured children for months and often years.

Europeans who are fat are believed to be inherited a gene variant from Neanderthals which helps them living in cold climate as per scientists.
Advertisement
The study of child burials, meanwhile, reveals that the young may have been given particular attention when they died, with generally more elaborate graves than older individuals.

Neanderthal groups are believed to have been small and relatively isolated, suggesting important implications for the social and emotional context of childhood. Living in rugged terrain, there will have been little selection pressure on overcoming the tendency to avoid outside groups with a consequent natural emotional focus on close internal connections.

The research is published in the Oxford Journal of Archaeology.

Legacy Genes from Neanderthals to Blame for Cancer?

Drug Interaction Checker Calculate Ideal Weight for Infants Diaphragmatic Hernia Nutam (400mg) (Piracetam) Color Blindness Calculator How to Reduce School Bag Weight - Simple Tips Sanatogen Blood Pressure Calculator Find a Doctor Noscaphene (Noscapine)
This site uses cookies to deliver our services. By using our site, you acknowledge that you have read and understand our Cookie Policy, Privacy Policy, and our Terms of Use