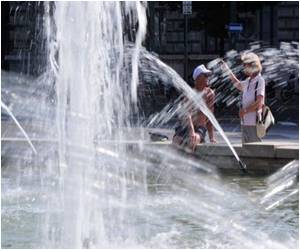 In order to shed its image as a traditional city zoo and change how humans see wild animals, the Paris zoo has been reopend on Saturday after a six year rumanevamp

Swept away is the zoo as a place simply to gawp at animals for being weird, exotic or dangerous -- replaced by an environment designed to appreciate their uniqueness in bigger, less crowded and more nature-mimicking enclosures.

The handbags that adorn the shelves of Serge Amoruso's Paris boutique have something missing.
Advertisement

"We've invented a new zoo, whose concept is different from 20th century ones, where animals were exhibited like in some amusement park," said Thomas Grenon, head of the National Museum of Natural History, which manages the Vincennes Zoo.


"This is a 21st-century zoo, which will show biodiversity and talk about it, and where the animals will live together as they do in their natural environment" -- as far as is practical, of course.

With rising levels of pollution in Paris, the city has come up with a drastic method of curbing the pollution levels.
Advertisement
No zoo -- especially in a city -- can fully replicate savannah or Antarctic conditions.

But the new Zoo de Vincennes, after a makeover that cost 170 million euros ($234 million), says it will house animals in conditions that are as natural and stress-free as possible.

In one of the most ambitious projects ever undertaken by an urban zoo, it creates five "biozones," with replica habitats for tropics, forests and grasslands in South America, Africa and Europe.

Its pride and joy is a rainforest, set in a cathedral-like greenhouse, 100 metres (325 feet) long, 16m high and 40m wide, with tropical birds.

Visitors will walk along the edge of the "biozones" on a path.

And whether they see any animals will be up to the creatures themselves.

"We've put an end to the old ways of pushing animals out to the edges of their enclosure to entertain the public," zoo veterinarian Alexis Lecu told AFP, explaining that the animals will have hideouts into which they can retreat if they prefer.

Located in Vincennes Park on the eastern rim of Paris, the zoo was a hallowed feature for much of the 20th-century.

Famous for a 65-metre (211-foot) concrete mountain at the foot of which baboons used to scamper for food, the zoo was a favoured destination for school children, courting couples and families.

It was closed in 2008 as the wear-and-tear of seven decades started to show, and its denizens were shipped to other zoos for a long holiday.

The thousand animals of the new zoo are almost half the total that were put on show when it first opened in 1934.

Their range, too, is different, having been selected to show a broader if less cuddly slice of nature.

"There are the photogenic favourites -- lions, giraffes and rhinoceroses -- which everyone associates with zoos, but there are also less visible species, like anteaters and wolverines, for which you will need patience to see," said Lecu.

Elephants and bears are no longer part of the lineup: the new thinking is that it would be unkind to include such range-loving animals in the confines of a city zoo.

The monkey enclosure is a whopping eight metres high and filled with trees -- a vital feature for this highly-socialised species. The spacious wolf enclosure has secret spaces for food to be hidden, thus helping to ease the boredom of animals geared to hunt. And the lions have a heated rock on which to lounge, an important creature comfort of the savannah.

Many, such as the white rhinoceros, jaguar and oryx gazelle (a large antelope of southeastern Africa) are endangered and are swapped with other zoos to spread genetic diversity.

The makeover reflects a change in perception that dates back roughly half a century when conservationists lobbied for animals to be seen not as a resource but as fellow species, said geographer Jean Estebanez, a specialist in "humanimal" relationships.

At Chanel Supermarket on Tuesday, you could find Princess Sirivannavari of Thailand browsing for cereals, Keira Knightley at the cheese counter, Rihanna looking for biscuits and cakes.
Advertisement
<< No Point Faking an Orgasm, Your Partner Knows!
Study Finds Neanderthals Were Affectionate Towards Their Ch... >>

Test your Knowledge on Heart Transplantation
View all
News Archive
News Resource
News Category
Tale of Love Hormones Shaping Our Responses to the Society How to Reduce Needle Anxiety in Children? Tobacco Addiction: Here's How to Break the Habit Parents are 'Winging It' on Their Kids' Mobile Use Ankle and Ankle Movements While Riding an Hoverboard
More News
Sign up for Wellness Consult a Doctor Sign up for Selfcare

Find a Doctor Sinopril (2mg) (Lacidipine) Drug Interaction Checker Blood Pressure Calculator Find a Hospital Accident and Trauma Care Sanatogen A-Z Drug Brands in India Blood - Sugar Chart How to Reduce School Bag Weight - Simple Tips
This site uses cookies to deliver our services. By using our site, you acknowledge that you have read and understand our Cookie Policy, Privacy Policy, and our Terms of Use