Study Explains Why Some Monkeys are Resistant to AIDS 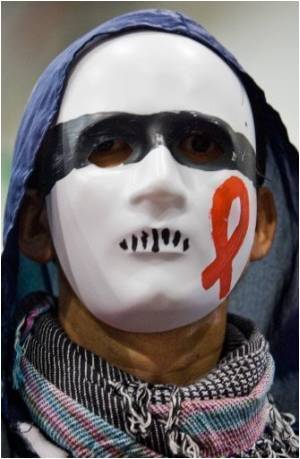 An answer to why some monkeys don't develop AIDS, despite being infected by the simian immunodeficiency virus (SIV), the monkey equivalent of HIV has been found by scientists.

The findings could help researchers better understand how HIV will affect different individuals.

The study, by Professor Miles Davenport of the University of New South Wales and colleagues, appears in the Proceedings of the Royal Society B.


According to Davenport, scientists have known for about 5 to 10 years that some species of monkey do not get AIDS, even as they are infected with SIV.

Encyclopedia section of medindia gives general info about HIV Clinical Features
Advertisement
He said: "These animals appear to have a very similar infection to HIV in humans but they don't get sick."

It has been thought that these AIDS-resistant species are natural hosts of SIV, which have coevolved with the virus over a long time, Davenport pointed out.

"It is thought that they've met some sort of equilibrium where the virus persists but without making the host sick," ABC Science quoted him, as saying.avenport added: "It remains an open question; the mechanism by which these animals manage to remain healthy."

He said five years ago, researchers found that the T cells in the natural hosts of SIV have lower "activation" than those in monkeys that get sick from the virus.

When a virus like SIV infects and kills off T cells, this "homeostatic response" boosts the numbers of T cells again.

But the more T cells are activated, the greater the risk of infection because the virus prefers to infect and kill activated T cells.

Davenport's colleagues in the US compared T cell activity in HIV-infected humans and SIV-infected monkeys.

They discovered that in the human and Rhesus monkey, the homoeostatic response (T cell activation) was a lot higher than in the Sooty mangabeys and Mandrills.

According to Davenport and colleagues, the AIDS-resistant monkeys are less affected by the virus because their immune system doesn't "over-react" to the loss of T cells that takes place during infection.

Whereas in the AIDS-susceptible species, higher activation of T cells can act to "fuel the fire" of infection by providing more proliferating cells for infection.