Study Compares Rates of Alcohol Use and Other Disorders Between the United States and S.Korea 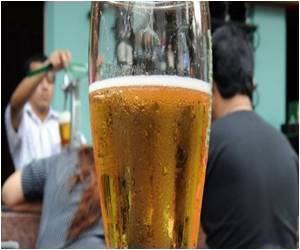 In the United States and South Korea a recent study compares the rates of alcohol use disorders (AUDs), nicotine dependence. Study results show that AUDs are substantially more common among Americans than South Koreans.

Hazardous alcohol use and depression are among the 10 leading causes of disability and premature death worldwide, according to the World Health Organization. Many low- to middle-income countries have begun to see a steady increase in alcohol use and have entered the early stages of a tobacco epidemic. A study of alcohol use disorders (AUDs), nicotine dependence (ND), and mood and anxiety disorders in the United States and South Korea has found that while AUDs are substantially more common among Americans than South Koreans, alcohol-dependent Americans are significantly more likely to seek treatment.

Results will be published in the April 2012 issue of Alcoholism: Clinical & Experimental Research and are currently available at Early View.


"People in low to middle-income countries are experiencing a lot of stress due to rapid industrialization and urbanization and are therefore likely to use substances more to relieve their stress," explained Hae Kook Lee, associate professor at the Catholic University of Korea and corresponding author for the study. "Furthermore, westernization might weaken the taboo for female drinking, especially in Eastern countries."

Alcohol consumption for recreation and relaxation has become a universal culture. But do you think you know enough about this drink - Take this quiz and find out.
Advertisement
"Cross-cultural epidemiologic studies like this one are extremely valuable," added Howard B. Moss, associate director for clinical and translational research at NIAAA. "Despite over thirty years of research emphasizing the biopsychosocial nature of a wide variety of mental disorders, we see an over-emphasis of the neurobiological underpinnings of addictive disorders. Of course alcohol and other drugs of abuse do significantly impact upon brain processes through mechanisms of reward, plasticity, and adaptation leading from use, intoxication, and tolerance to physical dependence. However, the human process of addiction is much more complex than dopamine release in the reward pathways of the brain or the binding occupancy of the endogenous opiate receptors. Cross-cultural studies like this one reveal that we should also appreciate that the personal distress felt by addicted patients, and their frequently challenging illness behaviors, are manifestations of complex psychological processes that may be culturally bound and exist within a sociocultural paradigm. Thus, research like this reminds the scientific community of the complexity of alcoholism and comorbid conditions."

Lee and his colleagues used nationally representative samples of the U.S. and South Korean general populations to compare rates of AUDs, ND, and mood and anxiety disorders between the two countries. Study authors also examined the rates and comorbidity patterns among individuals with AUDs who sought treatment in the preceding 12 months.

"Results showed that the prevalence of AUDs among Americans was substantially greater than among South Koreans," said Lee. More specifically, the 12-month prevalences of AUDs, ND, and any mood and any anxiety disorders were 9.7, 14.4, 9.5 and 11.9 percent among Americans, compared to 7.1, 6.6, 2.0, and 5.2 percent among South Koreans. "The differences in overall prevalence of AUD rates between the two countries was largely due to prevalence among females, that is, drinking by women has historically been tempered by Confucian culture in Korea even though it is increasing rapidly now."

"America has a longer cultural history with alcohol than do South Koreans," added Moss. "At the time of the colonization of North America, most European colonists came from countries with strong cultural ties to regular and heavy alcohol consumption. While the Korean people historically used alcohol, its use was limited during the colonial period. Alcohol use was then stimulated in 1986 by a government policy to identify and support culturally important Korean alcoholic beverages. While Prohibition, in theory, limited American access to legal drinking for 13 years, Americans did not have a prolonged abstinence period that shifted cultural norms as occurred in Korea."

"Even though we found a greater prevalence of alcoholism, mood and anxiety disorders among Americans in comparison to South Koreans," said Lee, "alcohol-dependent Americans were four times more likely to seek treatment compared to their Korean counterparts, which may indicate the influence of a social stigma toward substance-abuse or mental-health problems despite national health insurance in Korea."

While Moss agreed that it is clear that South Koreans are less likely to seek treatment for their alcohol problems than Americans, he questioned that this is because of stigma and saving face. "Americans with alcohol dependence and psychiatric comorbidity are more likely to seek treatment than those with alcohol dependence alone," he observed. "I think seeking treatment has more to do with the degree of discomfort and suffering experienced by the individual, perhaps combined with issues of stigma and face-saving."

Another finding, comorbidity of mood and anxiety disorders and alcohol use disorders, is the norm rather than the exception, added Lee. "These patterns were similar among American and Korean alcoholics," he said. "Further, socio-cultural factors might also affect treatment seeking and rates of comorbidity as the higher social stigma of psychiatric treatment might make the patients with mood disorders drink more to relieve their symptoms."

"Fundamentally," said Moss, "I think this study forces us to think more about cultural and environmental influences on the etiology of alcohol dependence in conjunction with the neurobiology and genetics of addiction. This study reminds us that neither biological determinism nor social determinism is the whole story. Human behavior is extremely complex, and reductionism of any sort is, more often than not, incorrect."

Take this anonymous self-test to evaluate your alcohol consumption and determine if your drinking pattern poses a risk for hazardous health conditions.
Advertisement
<< US Government to Help States Build Affordable Insurance Exc...
Was the Cancer Cell Smiling? >>

Study Compares Rates of Alcohol Use and Other Disorders Between the United States and S.Korea Personalised Printable Document (PDF)