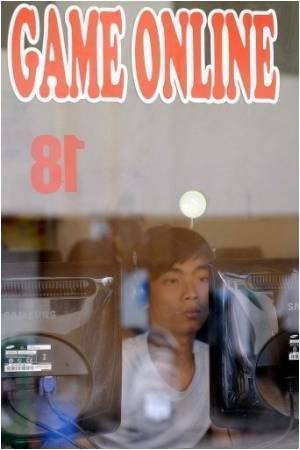 A new study has revealed that a player's behaviour within the game mimics their real-world character traits.

Although websites that track your buying and browsing habits have become commonplace, Nick Yee and colleagues at the Palo Alto Research Center (PARC) in California reckoned this personalisation could be made far more sophisticated if websites could assess visitors' personalities.

A 11-year old autistic boy from Seattle found all of his achievements on Xbox Live reset and labeled as cheater since his scores were impossibly high.
Advertisement

To test this, the team surveyed 1000 gamers who like to engage with the monsters, spells and dungeons found in World of Warcraft (WoW), reports New Scientist.


When they compared the responses to logs of the players' activity in the game, which are publicly available, they found that players who were rated extrovert preferred group activities such as banding together with other players to fight rival groups or monsters.

Our Decision-Making Skills Improve With - Gaming!

A new study from researchers at Queen's University Belfast has developed a prototype that could be used in computer games and turned into an e-learning or training tool
Advertisement
And players who appeared to have more cooperative traits preferred non-combat activities such as exploring.

The researchers believe that certain factors, such as interactions with other users in forums or time spent exploring parts of a site, could reveal insights into a user's personality.

The study would have to ensure that it avoids unsettling users, who may see personality profiling as an invasion of their privacy.

The study will be presented in May at the Conference on Human Factors in Computing Systems in Vancouver, Canada.

Albert Liu, CEO of Taipei-based company Gamania, has nothing to worry about if being successful in online gaming is as hard as going to the North Pole.
Advertisement
<< Migratory Monarch Butterflies Have Brain 'GPS' To Guide The...
Tourists Flocking to China The Most, After USA and France >>