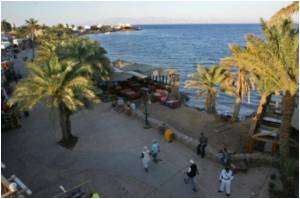 In a makeshift theatre set up in the cafeteria of the Cairo Opera House, a group of amateur actors perform short sketches based on real-life experiences and inspired by Eve Ensler's "The Vagina Monologues".

Your Choice Of Entertainment Points To Your Personality Traits

Your favourite songs, movies and classic art may tell about your personality traits and the lives you will lead, according to new research from the University of New Hampshire.
Advertisement

"Everything you will see tonight is nothing compared to the reality," reads a sign held by Sondos Shabayek, one of the play's producers, before the performance begins.


The play is a product of the Bussy Project -- Bussy means 'look' in colloquial Egyptian -- a student-run organisation set up in 2006 at the American University in Cairo (AUC) which seeks to raise awareness about women's issues in Egypt.

As the lights dimmed and the Iraq National Theatre's curtain rose to a wave of applause, six men in garish white suits and three rather more soberly-dressed women started to dance
Advertisement
This year, Bussy left its crib at AUC for the first time hoping a different venue would show a wider audience "what is really happening out there," an organiser said.

Over the past five years, the student organisation has sought to push the boundaries by addressing highly sensitive issues such as circumcision, rape, paedophilia and sexual harassment through lectures, awareness campaigns and an annual play.

In one sketch, a pious young man presses his girlfriend to have telephone sex, arguing that "it is not 'haram' (forbidden by Islam) since it is by phone."

A downhearted young woman steps on the stage, frustrated at not being able to show off her locks in public.

"Look how lovely my hair is! How I would love to leave my house without the hijab... but what would people say?" she sighs, staring at her tight-trousered silhouette in the mirror.

The vast majority of Egyptian women don the Islamic headscarf in public, not by law, but rather due to social convention and/or pressure.

In another sketch entitled "I'm not your darling", an actress complains of not being taken seriously at work simply because she is a woman. She hates being regularly referred to as "honey" or "sweetheart" by her male colleagues.

Sexual harassment in public areas, described as a "social cancer" by one local non-governmental organisation, is addressed from a male point of view.

"I am not sick. And I am not the only one," he says sharply.

"I was a respectable person. But I earn 400 pounds (70 dollars) per month, I will never be able to get married, what can I do?" he said, echoing a frustration felt by many young men.

The play is more sanitised than originally intended, as several theatre venues refused to let it show on their stages.

Around 20 minutes of script were cut out "due to censorship and in order to avoid lawsuits later," actress and producer Mona al-Shimi told AFP.

"We approached many places, the reasons (for their rejection) were varied but the most common one was that the topics were too sensitive," she said.

The audience had heckled the original version and some spectators stormed out in the middle of the performance. One of the scenes taken out had broached the subject of incest.

The actors decided to make a point of the censorship: they mimed the passages they were not allowed to say out loud.

But the play found a fan in Egyptian mega-filmstar Khaled Abul Naga who attended one performance and vowed to support the theatre group's message.

"They deserve to have their play project properly produced, recorded and preserved," he told AFP, suggesting the play be put to DVD.

"With the censored parts left in?" interrupts one of the actresses.

"With the censored parts left in," he answers.

Women dressed in stark black, their faces veiled and their hands sometimes gloved, are becoming a common sight in Cairo, a trend that worries the government...
Advertisement
Advertisement
This site uses cookies to deliver our services.By using our site, you acknowledge that you have read and understand our Cookie Policy, Privacy Policy, and our Terms of Use  Ok, Got it. Close
×