"Ferrari World" - the first theme park in honor of the Italian carmaker - is the lure that Abu Dhabi hopes to woo tourists with, a year after the first Formula One race.

Ferrari World Abu Dhabi announced on Monday that the park will open in 100 days featuring a record-breaking roller coaster ride meant to emulate the feeling of being in a Ferrari F1 car.

Space Tourism Port To Be Sited In Abu Dhabi

Tourists will be able to journey to outer space via Abu Dhabi as part of a deal by a local investment group to take a stake in the world's first commercial space travel operator, the
Advertisement 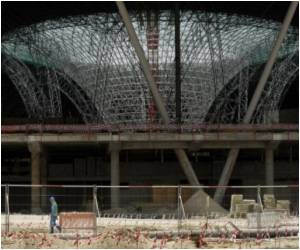 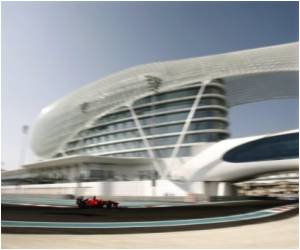 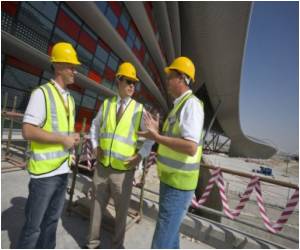 Sitting next to the futuristic Yas Marina circuit that hosted Abu Dhabi's inaugural Grand Prix race in November 2009, the sprawling complex will be the world's largest indoor theme park.


Due to open on October 28, little more than two weeks before this year's Abu Dhabi GP, it will be housed under a massive triangular red roof on the 40-billion-dollar Yas Island development.

An Abu Dhabi tower has been recognised as the furthest-leaning man-made tower in the world by Guinness World Records, local newspapers reported on Sunday.
Advertisement
"It is an indoor thing with an outdoor feeling," said Claus Frimand, the general manager of Ferrari World Abu Dhabi.

"You forget that you are inside a building because the roof is between 35 and 50 metres (115 and 165 feet) above you and there are no support structures, except the funnel in the middle and one row of columns," he added.

Abu Dhabi, the United Arab Emirates capital, hopes the park will help to draw tourists from around the globe along with several other ambitious projects including state-of-the-art branches of the Louvre and Guggenheim museums.

Among its 20 attractions are two roller coasters, including the F1-themed Formula Rossa which is set to be the fastest ever reaching a top speed of 240 kilometres (150 miles) per hour.

"It gives you the feel of driving in a F1 car very close to the ground," said park manager Andy Keeling.

The second of the roller coasters, which stretch beyond the building's perimeter, features two tracks with Ferrari-shaped trains.

"The unique feature is that it has two tracks, two trains side y side and depending on the weight of the passengers, one will cross the finish line first," said Frimand.

Right in the centre of the building, out of a big funnel which is the only area with daylight, visitors can experience the space-shot G-force Tower.

"That is the highest we could build on the island," said Frimand. "We can shoot people up through the roof where they can look over the whole island.

"It gives you the G-force that the drivers are experiencing during the race," he added.

Elsewhere, a Ferrari California Spyder convertible takes visitors through Bell'Italia, a reproduction of the Italian countryside with model villages and tourist highlights like the lagoon of Venice, the Colosseum, and the Leaning Tower of Pisa.

A large replica of the Maranello factory demonstrates the manufacturing process from the design stage to the finished product.

Motoring enthusiasts will even be able to experience the inside of a Ferrari V12 engine in another ride.

Abu Dhabi hopes such features will boost tourism in the desert emirate.

"It is a good thing for the tourism offering in Abu Dhabi as there is not all that much to see," said Grant Salter, general manager of the leisure consultancy Grant Thornton.

"But in isolation, it is not going to drive a huge volume to the capital. It will rather create an additional activity for people who are visiting the emirate anyway," he added.

Premjit Bangara, manager at Sharaf Travel, sounded more upbeat about the impact of Ferrari World on tourism, saying it will stimulate interest from neighbouring countries where people are passionate about racing.

Another challenge will be profitability.

"Very few theme parks in the world are financially sustainable," said Salter. "Generally the number of visitors coming in is never enough to cover the costs."

Selfie Addiction Calculator Vent Forte (Theophylline) Sanatogen Drug - Food Interactions Nutam (400mg) (Piracetam) How to Reduce School Bag Weight - Simple Tips Accident and Trauma Care Find a Hospital Hearing Loss Calculator Drug Side Effects Calculator
This site uses cookies to deliver our services. By using our site, you acknowledge that you have read and understand our Cookie Policy, Privacy Policy, and our Terms of Use