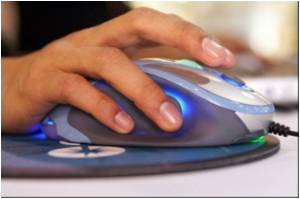 The use of online social networking sites by homeless children can increase risky sexual behaviors among them, shown in a study.

However, such kids were also more likely to have been tested for sexually transmitted infections and to be better informed about preventing such infections and HIV.

"The study suggests that online social networking and the topics discussed on these networks can potentially increase and decrease sexual risk behaviours, depending on how the networks are used," said lead investigator Sean Young at UCLA AIDS Institute.


Young and co-investigator Eric Rice surveyed 201 youths between the ages 13 to 24 who were recruited in June 2009 at a Los Angeles drop-in agency that assists homeless kids.

Researchers found that those who used social networks to discuss safe sex were more likely to have recently met a sex partner online than those who hadn't discussed safe sex.

But the results also indicate that the use of these networks helped educate homeless youth about HIV and STI prevention.

And significantly, homeless youth were more likely to have been tested for HIV and STIs if they were simply a member of an online social network.

The authors added that more research is required to learn if youths who seek sex partners online are at greater risk than those who seek sex offline, and if they are using other venues to engage in risky behaviour.

"They could also potentially decrease homeless youths' sexual risk behaviours if the networks are used as effective sexual health communication and information portals."

The study appears in the February issue of the journal AIDS and Behaviour.

Statistics tell us that the world HIV+ population has risen drastically from 8 million in 1990 to a whopping 33 million in 2007! Even more alarming is the fact that young people (below the age of 25) account for half of these infections! This is adequate proof for the lack of awareness among the general public even in these modern times. So take our quiz and brush up on the essential facts of HIV/
<< End of Talk Therapy?
Happy Hour Linked to Pub Violence >>

News Archive
News Resource
News Category
Bon Voyage: 10 Necessary Things to Carry While Traveling With a Baby Sleep Quality in Children is Tied to Behavioral Development: Here's How Brain Markers of ADHD in Children Identified Children's Access to Health Care Suffers When a Parent is Jailed Study Says Limit Screen Time for Kids to 2 hrs a Day
More News
Sign up for Wellness Consult a Doctor Sign up for Selfcare