Smoking Teens At Increased Risk of Suffering from Depression 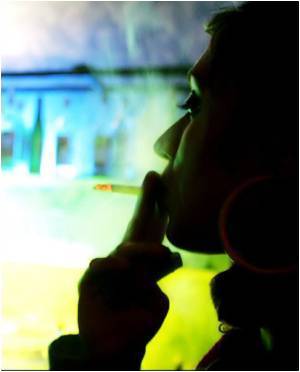 While many teenagers may grab a cigarette on and off to 'relieve stress' or to simply drive away the blues, they are in fact, driving themselves towards depression, says a new study.

"Although cigarettes may appear to have self-medicating effects or to improve mood, in the long term we found teens who started to smoke reported higher depressive symptoms," said Michael Chaiton of the University of Toronto.

The study measured depressive symptoms using a scale that asked how often participants felt too tired to do things; had trouble going to sleep or staying asleep; felt unhappy, sad, or depressed; felt hopeless about the future; felt nervous or tense; and worried too much about things.


"Smokers who used cigarettes as mood enhancers had higher risks of elevated depressive symptoms than teens who had never smoked," says coauthor Jennifer O'Loughlin, a professor at the University of Montreal.

"It's important to emphasize that depressive symptom scores were higher among teenagers who reported emotional benefits from smoking after they began to smoke," Chaiton concluded.

The findings are published in the journal Addictive Behaviours.

Stress Busters
Today most of us are under stressful situations which is hard to avoid.Explore our simple and ......