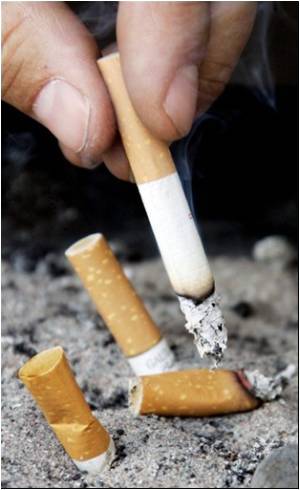 People who start taking smoking cessation drugs well ahead of quitting may help them to stay tobacco-free, a new study finds.

The small clinical trial conducted by Larry W. Hawk and his team of researchers from the University at Buffalo Roswell Park Cancer Institute (RPCI) focused on 35 women and 25 men, all smokers from Western New York who were on average 48 years old and smoked a pack of cigarettes per day.

The participants who were randomised to take the smoking cessation medication varenicline, marketed as Chantix, for four weeks prior to trying to quit smoking were more likely to successfully quit smoking than those who took varenicline for just one week before quitting, which is the current standard therapy for the drug.


Everyone took the medication for an additional 11 weeks after the quit day.

"Varenicline was designed to make smoking less rewarding, and our data suggests that it does that better when people take it for a few extra weeks before quitting," Hawk, lead author of the study, said.
Advertisement
"We saw nearly full compliance, which suggests that this is not only a well-tolerated therapy, but one people can realistically stick with," Martin C. Mahoney, co-author of the study, said.

According to Mahoney, while many participants reported mild nausea, the researchers found that the symptoms typically dissipated after a couple of weeks and may have helped reduce their desire to smoke.

"Whether through changes in taste or nausea, it seems this extra varenicline reduces smoking rates before people try to quit," Hawk said.

"These changes should make it easier to quit smoking, but we also know that it takes some period of time for this new learning to occur. That's why we decided to see if a longer period of treatment with varenicline before smokers tried to quit would result in better outcomes, and it did in this small study," he said.

Of special interest was the fact that women who took varenicline for four weeks were especially likely to reduce their smoking, possibly because they reported more nausea in the pre-quit period.

"This study suggests we may be able to take the most effective smoking-cessation treatment we have and make it work 50 percent better, just by giving the medication for a few weeks before smokers attempt to quit," Hawk added.

The study has been published in Clinical Pharmacology and Therapeutics.