Side Effects of Drugs Claim Three Lives Every Day: Report 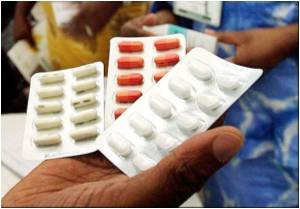 Three people die from the side effects of prescription drugs everyday, according to a recent finding.

Prescription drug side effect took 1,198 lives in 2009 that was up by almost 100 compared to the previous five years.


These statistics were collected using the Government's yellow card scheme where reports about side effects are sent to the Medicines and Healthcare Products Regulatory Agency.
Advertisement
Such adverse drug reactions result in around one in 16 hospital admissions and cost the NHS an estimated 466 million pounds a year.

The arthritis treatment drug Infliximab, is at the second spot that was linked to 79 deaths.

Paracetamol is the third most involved drug that led to 33 deaths in 2009.

Clozapine, an anti-psychotic drug that is sold under the brand name Clorzaril, led to most deaths.

It is used to treat schizophrenia and it was associated with 265 deaths in 2009, reports The Daily Express.