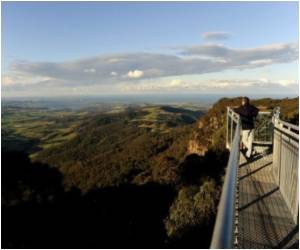 A potential cancer drug developed from an Australian rainforest plant is set to progress to human trials after fighting off inoperable tumours in pets, the company behind it said Monday.

Queensland firm QBiotics Ltd said its drug EBC-46, derived from the seeds of a tropical rainforest shrub, was ready to be tested on humans after successfully treating solid tumours in more than 100 dogs, cats and horses.


"We've treated over 150 animals ... with a variety of tumours and we're prepared to move into human studies," chief executive Victoria Gordon told AFP.


Dr Gordon said the results so far indicated the drug could work to counter a range of malignant growths, such as skin cancers, head and neck cancer, breast cancer and prostate cancer.

She said the drug works like a detonator inside tumours, prompting inactive beneficial white cells to begin to fight and destroy the cancer.

The company has spent six years developing the drug since the previously unknown molecule in the native Australian plant blushwood was discovered, and hopes to raise enough funds to begin human trials in 2011.

"The world's rainforests are an amazing biological resource which we need to conserve and cherish," she said in a statement.

"Not only may they hold the secret to many new drugs, they are the home of more than half of all other species with which we share the planet."

The Cancer Council Australia sounded a note of caution on the development, saying the company had not yet published its research.

"We have yet to see the results of this research published in a scientific journal, where they would be subject to independent scientific scrutiny, which is useful in determining the rigour of the research," chief executive Ian Olver said in a statement.

"While it is encouraging to see success in animals, this has not been a good predictor of success in humans," Professor Olver said. "So, it is far too early to be able to class this as a breakthrough."