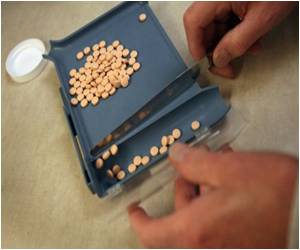 The study is the largest ever focusing on the economic impact of the drug hydroxyurea in children with the inherited blood disorder. The result supports expanded use of the drug to extend the length and quality of life for sickle cell anemia patients of all ages, said Winfred Wang, M.D., a member of the St. Jude Department of Hematology and principal investigator of the multicenter federally funded trial known as BABY HUG.

"We estimate that hydroxyurea cut overall annual medical expenses about $3,000 for each patient by helping patients avoid disease complications that require inpatient hospital care," said Wang, who is first and corresponding author of the Pediatrics study. "We expect those savings will grow along with patients, whose symptoms often increase in severity and frequency as they age."


About 100,000 individuals in the U.S. and millions worldwide have sickle cell disease, which leaves them at risk for premature death and disability. The disease is the most common genetic disorder affecting African-American individuals, but those from other ethnic and racial backgrounds also inherit mutations in the hemoglobin gene. The mutations result in blood cells that are prone to assuming the sickled shape that gives the disease its name and that leave patients at increased risk for episodes of acute pain, stroke, organ damage and other complications.
Advertisement
The analysis comes two years after Wang and his colleagues reported that hydroxyurea reduced episodes of acute pain and pneumonia-like illness, eased other symptoms, reduced the need for blood transfusions and cut hospitalizations for infants and toddlers with sickle cell anemia. Sickle cell anemia is the most common and severe form of sickle cell disease.

Earlier studies had demonstrated that adults and adolescents with the disease benefited from hydroxyurea. BABY HUG showed the drug, which is inexpensive and easy to administer, was safe and effective for young children. The study involved 193 children who were 9 to 18 months old when they enrolled at one of the 13 participating medical centers. The children were randomly assigned to receive either a daily dose of hydroxyurea for two years or an inactive look-alike.

Wang said actual savings associated with hydroxyurea treatment are likely greater, since medical costs are roughly 25 percent less for children enrolled in Medicaid than for those with private health insurance. The analysis was unable to capture all treatment-related costs. "The analysis also could not capture the anxiety patients and family experience when children must be hospitalized," Wang said.

Hydroxyurea was developed in the 1960s as a possible anti-cancer agent. It won approval for treatment of adults and later adolescents with sickle cell anemia in 1998 following evidence that the drug reduced episodes of severe pain and improved patient quality of life.

The drug works by increasing production of fetal hemoglobin, a form of the oxygen-carrying protein that is unaffected by the mutations that cause sickle cell disease. Fetal hemoglobin normally drops dramatically after birth. Hydroxyurea, however, increases production of red blood cells that contain that form of hemoglobin.

The drug remains an underutilized treatment for sickle cell anemia. Wang estimated the drug is prescribed to about 30 percent of pediatric patients nationwide and an even smaller percentage of adults. Work is underway at St. Jude and other medical centers to identify and address barriers to more widespread use of the drug, including lingering concerns about possible long-term toxicity.

Quiz on Anemia
Anemia is one of the most common problems faced by individuals all over the world. Severe ......