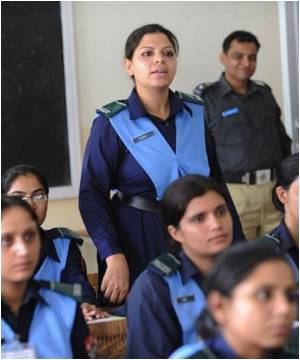 The Protection Against Harassment of Women at Workplace Bill 2010 is aimed at creating a working environment for women free from harassment, abuse and intimidation.

Companies need to have better ways to control sexual harassment of female employees at the workplace as there are many men lurking in corporate environs with similar problems as Tiger Woods.

Punishment for the guilty or violators of a code of conduct ranges from a censure to dismissal to an unspecified fine.


However, women are still resigning from their jobs because of being asked for sexual favours.

One of them, Nadia, said that a co-worker had spread rumours about her being sexually available, causing everyone at work to harass her.

"When the harassment started, I was confused about my own behaviour, thinking that maybe I was doing something wrong. I tried to be more reserved, even though my moderate upbringing has taught me not to discriminate or distinguish while talking to men or women," she said.

Nadia resigned from her job, but the colleague responsible for the situation went unpunished.

Advocate Atiqur Rehman confirmed that such cases were difficult to address, and said that the harassment law was not highly developed.

"In such cases, the evidence will be hearsay. Therefore, a significantly higher burden of proof will be required. Any weakness on the part of a complainant or witness can sabotage the case," The Daily Times quoted Rehman, as saying.

The law also seems to fail for women who work at factories or as domestic helps, as they are easily replaceable.

The domestic workers are generally not registered with any organization and are hired on a verbal contract.

Sania, who used to work as a packing girl at a factory, was dismissed when she refused to provide a sexual favour to her supervisor.

She tried to lodge a complaint with the management about the issue, but she was not given any consideration, as labour is cheap and readily available in the country.

Schools are facing an ever-growing problem of sexual harassment among students and teachers, and it has partly been blamed on the easy access children have to pornography on the Internet.