Sex Superbug Could be Deadlier Than AIDS 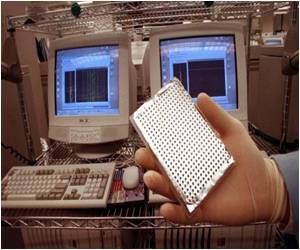 According to reports, the antibiotic-resistant strain of gonorrhea HO41 was found in Japan two years ago in a 31-year-old female sex worker.


Alan Christianson, a doctor of naturopathic medicine, recently told CNBC that the superbug might be a lot worse than AIDS in the short run, as the bacteria is more aggressive and will affect more people quickly, Fox News reported.


He said that getting gonorrhea from this strain may put a person into septic shock and death in a matter of days; he claimed that the bug was very dangerous.

William Smith, executive director of the National Coalition of STD Directors, reportedly said that it is an emergency situation and as time moves on, the bug is getting more hazardous.

Smith urged Congressional lawmakers as late as last week to allocate additional funding - 54 million dollars - to develop an antibiotic capable of fighting HO41 as well as to conduct a public awareness campaign.

Syphilis
Syphilis is a sexually transmitted disease caused by the spirochete bacterium. Syphilis can be ......

Tea, Honey Help Combat Superbugs
Traditional remedies such as tea and honey help in the fight against resistant superbugs, say ......