Researchers from Yale University and the University of Iowa have discovered the fossil of an extinct monster-like predator that swam the seas some 467 million years ago in Iowa in the US. It was previously unknown as 'sea scorpion'. Measuring over 1.5 meters long, the Pentecopterus is the oldest known species of eurypterid (a group of aquatic arthropods that are ancestors of modern spiders, lobsters and ticks) and is related to modern arachnids. It has sleek features of a penteconter, one of the first Greek galley ships.

The researchers suggested that the Pentecopterus could grow to nearly six feet, with a long head shield, a narrow body, and large, grasping limbs for trapping prey. Lead author James Lamsdell from Yale University said, "The new species is incredibly bizarre. The shape of the paddle - the leg which it would use to swim - is unique, as is the shape of the head. It is also big - over a meter and a half long! This shows that eurypterids evolved some 10 million years earlier than we thought."

James Lamsdell, post-doctoral associate at the university said, "The relationship of the new animal to other eurypterids shows that they must have been very diverse during this early time of their evolution. Pentecopterus is large and predatory, and eurypterids must have been important predators in these early Paleozoic ecosystems."


A team of geologists with the Iowa Geological Survey at the University of Iowa discovered the fossil bed in a meteorite crater by the Upper Iowa River in northeastern Iowa. Fossils were then unearthed and collected by temporarily damming the Upper Iowa River in 2010. The fossil-rich site has yielded both adult and juvenile Pentecopterus specimens, giving the researchers a wealth of data about the animal's development.

In addition, the researchers said, "The specimens were exceptionally well preserved. Spines are also present on some limbs and appear similar to those found on horseshoe crabs where they aid in processing food."

Fossil Study Reveals That Human Body Has Gone Through Four Stages of Evolution
The fossils represent the third stage, with tall, wide and robust bodies and an exclusively terrestrial bipedalism, with no evidence of arboreal behaviors.
READ MORE 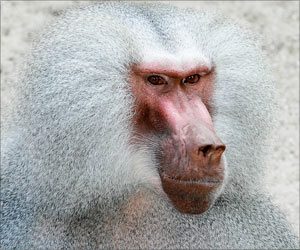 2-Million-Old Baboon Fossil Found At Malapa in South Africa
Baboons have co-existed with hominins at several fossil localities in East Africa, South Africa and they are sometimes used as comparative models in human evolution.
READ MORE

Study of Dog Fossils Suggests That Climate Change Helped Dogs Evolve too
It is reinforcing the idea that predators may be as directly sensitive to climate and habitat as herbivores.
READ MORE 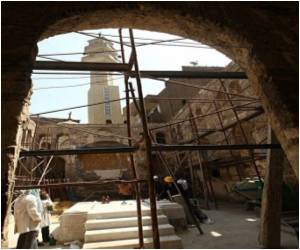