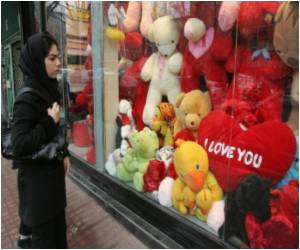 A new study has said that people under scrutiny are more comfortable letting bad things happen rather than actively causing something bad.

Our Emotions Dictate Our Moral Decisions

A new study has shown that it's our emotions that drive us to do a right or wrong thing.
Advertisement

The study might explain why you might be ok about not returning a 20-dollar bill back that the cashier gives you by mistake but not about stealing it.


"If a cashier gives you an extra 20-dollar bill at the register, some people think it's okay to keep the money, but many of those people would never just swipe the twenty if the cashier wasn't looking," said moral psychologist Peter DeScioli of Brandeis University.

Several Malaysian states are planning a crackdown on immoral acts during Valentine's Day as part of a campaign to encourage a sin-free lifestyle, an Islamic party leader Wednesday.
Advertisement
While keeping the extra cash and not returning it is termed a sin of omission, stealing it is a sin of commission.

However, DeScioli and colleagues John Christner and Robert Kurzban of the University of Pennsylvania thought people were actually making a strategic decision about how to act based on how someone else might judge them.

The experiment involved people recruited through Amazon.com's Mechanical Turk website, which pays people small amounts of money to do tasks.

Each time, a "taker" had the option to take part of a dollar away from an "owner"-or to let a 15-second timer run out, in which case the whole dollar was automatically transferred from the owner to the taker, but with a 15-cent penalty leaving the owner with nothing and the taker with 85 cents.

Sometimes a third person was involved, to judge the taker's actions and take money away from them for acting badly; sometimes they weren't.

When the takers knew that someone was judging them, 51 percent of participants let the timer run out, even though this was worse for everyone than taking 90 cents.

So people were more likely to do a bad thing by omission if they knew they could be punished for it.

The researchers say the study will help experts sort out the relationship between conscience-the moral decisions you make on your own-and condemnation, the negative judgments made by people who see you act.

When police officers arrived at 13-year-old Masha's home, searched her room and inspected her computer, it was not because they suspected her of any crime.
Advertisement
<< Scientists Warn Against Our Over Reliance on GPS
Kenyans Swap Carbon Roles to Save Forest >>