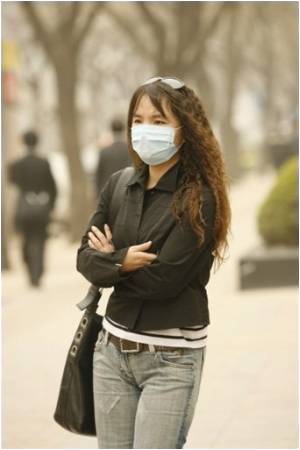 Scientists have reported that the health effects of "Red Mud Disaster" may not be as harmful to health than the particles of urban air pollution. Red Mud Disaster one of the worst environmental accidents that shook Europe.

Mihly Psfai and colleagues point out that a burst dam at a factory that processes aluminum ore last October inundated areas near Ajka in northern Hungary with more than 700,000 cubic yards of caustic red mud. Ten people died and dozens were injured. Since the mud contained potentially toxic substances, concern arose about the health effects of inhaling dust formed when the mud dried and was swept into the air by wind.

Life expectancy in the United Kingdom is falling by almost 6 months due to air pollution from vehicles and power stations.
Advertisement


They studied the chemical and physical properties of the red mud particles and dust and concluded that particles of red mud dust were too large to be inhaled deeply into lungs, where they could cause the most damage. Although the resuspension potential of red mud dust is large, inhalation likely would cause irritation and coughing, but would not increase the risk of other more serious health problems, the report suggested.

Dust mites migrate as a group, 'swarming' around houses,in search of moisture, reports a new study.